Former Australian bowler Glenn McGrath and women's captain Belinda Clark have been inducted into the Sport Australia Hall of Fame. 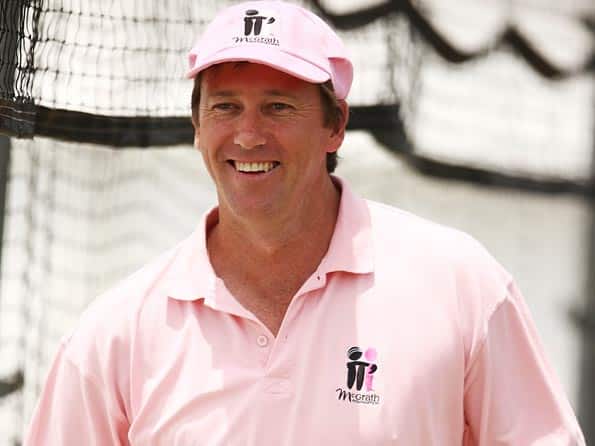 Former Australian bowler Glenn McGrath and women’s captain Belinda Clark have been inducted into the Sport Australia Hall of Fame.

Clark was recently included in the ICC Cricket Hall of Fame during the ICC Awards held in in London in September.

McGrath, who holds the record of taking more wickets than any other fast bowler 563 wickets in124 Tests will join the Hall of Fame along with surfing champion Layne Beachley, boxer Kostya Tszyu, triathlete and ironman Greg Welch and Clark.

Nine MSN reported that this award is for the current Australian athlete, whose achievements over the past 12 months have inspired the nation.

Clark captained Australian women’s national team to five World Cup victories in her time at the helm, losing just 17 matches in her 101 games in charge. She still holds the record in the women’s game for the most amount of matches as captain.

The former captain, who averaged over 50 runs in the 15 Test matches and 40 in 118 ODIs, was the first player (male or female) to score a double-century in ODI cricket when she scored 229 against Denmark in Mumbai in 1997.

Since her retirement in 2005 nobody managed to surpass her record of 4844 ODI runs.

Dhoni, Raina's poor form worrying ahead of series against England