Players of the game will have an opportunity to get exclusive tickets to the World Cup.

Sydney: In an attempt to raise funds, the McGrath Foundation, one of Australia’s leading breast cancer support organizations, has launched an online cricket game .

Petra Buchanan, chief executive of McGrath Foundation, said that everyone taking part in the McGrath Foundation Digital Cup was given a chance to bat, bowl and field their way to victory by signing up as either a ‘coach’ or a ‘player’, News.com.au reported.

Buchanan further said that they did some research and found that there had been a massive growth in handheld devices and online games, adding that more than 93% of Australian households own at least one device for playing games, the report added.

On the basis of the above mentioned statistic, she added that they thought gamification was the best way to leverage their heritage of cricket and connect with a new audience.

Reflecting on the procedure, she added that coaches are required to stump up a 30 dollars donation, while teammates donate ten dollars. 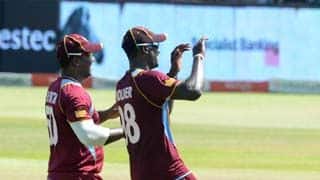