The Inaugural MCL was played from January 28 to February 13, with Gemini Arabians winning the tournament.

Nine Australians including Adam Gilchrist, Brett Lee are yet to be paid for their participation in the the Masters Champions League (MCL) 2016. The Federation of International Cricketers’ Associations (FICA) had issued a statement claiming that many Australian greats have not been paid by the organisers. FICA, who have a seat in the ICC’s cricket committee, want the cricket body to handle the pay dispute. The Inaugural MCL was played from January 28 to February 13, with Gemini Arabians winning the tournament. Brad Hodge was the only Australian to be a part of the winning team. “The dishonouring of player contracts is an issue that the entire global game should address,” FICA executive chairman Tony Irish said. READ: MCL 2016: The CricketCountry XI

“The game needs robust player contract systems that work and are respected in all countries. We also believe there should be fair and independent recourse and contract enforcement mechanisms for players in the event of disputes like this, such as a global arbitration body,” FICA said in a statement, according to cricket.com.au. READ: Masters Champions League (MCL) 2016: Top 5 bowlers that rocked the tournament

Even Australia all-rounder Andrew McDonald and many other players were forced to chase their payments in 2012, who were party of the Royal Challengers Bangalore (RCB) in the Indian Premier League (IPL). Australians’ Cricket Association (ACA) chief executive Alistair Nicholson says that players’ rights needs to be protected. READ: Masters Champions League (MCL) 2016: Top 5 batsmen of the inaugural season of the tournament

“A fundamental right of all players is to be able to play in international competitions in the understanding that their contracts will be honoured,” he said. “The ACA is supportive of FICA advocating for a global system in which player contracts are honoured in all countries, and we clearly want the MCL agreements to be paid in full as a matter of priority,” he said. 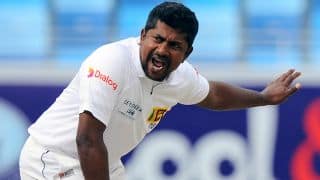 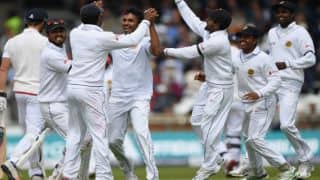