Meghalaya's Nirdesh Baisoya Emulates Anil Kumble's Record, Grabs All 10 Wickets in an Innings in U-16 Vija

Baisoya, who is originally from Meerut, returned with figures of 10 for 51 in 21 overs with 10 maidens to sent Nagaland packing for just 113 on Day 1.

Off-spinner Nirdesh Baisoya achieved a stupendous feat on Wednesday by grabbing all 10 wickets in an innings while playing for Meghalaya against Nagaland in a U-16 Vijay Merchant Trophy match. Courtesy his splendid bowling performance, Baisoya has matched the feat of legendary India bowler Anil Kumble, who registered such magical figures -10/74 against Pakistan in the Delhi Test in 1999. The home team won that contest by 212 runs.

Baisoya, who is originally from Meerut, returned with incredible figures of 10/51 in 21 overs with 10 maidens to sent Nagaland packing for just 113 on Day 1. “It’s yet to sink in. I was not born when Anil Kumble picked up 10 wickets, but I heard a lot about it. I always wanted to do something like that, never thought it would happen so early in my life. I just spoke to my parents and they became emotional as well,” the 15-year old was quoted by IANS during an exclusive chat.

This is Baisoya’s second season in the U-16 Vijay Merchant Trophy and he already has 27 wickets in his bag from four matches. Last time, he had snared 33 wickets from six matches.

“I had picked six wickets by the first session. That is when I started to believe that I can go for all 10. My teammates backed me a lot. There was turn on the pitch since morning and the overhead conditions also helped,” he added.

Baisoya has been in great form with the ball this season and snared 9/36 for Meghalaya across two innings as they defeated Mizoram by an innings and 22 runs in their U-16 Vijay Merchant Trophy plate group match in Golaghat on November 1.

Manipur pacer Rex Singh created history last year as he accomplished the rare feat of taking 10 wickets in an innings in a Cooch Behar Trophy match. The 18-year-old, who is a left-arm medium-pacer, had returned with figures of 10/11 in the Cooch Behar Trophy with six out of his 9.5 overs being maidens. 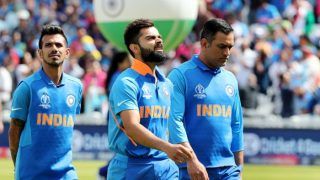 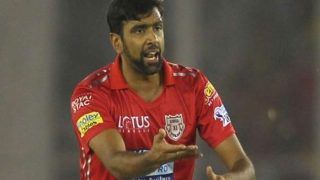