Meher Mohammad Khalil safeguarded the Sri Lankan players. He was not only rewarded by the Pakistan government, the Sri Lankan Government rewarded him with $35,000 as well.

Cricket was marred by the Lahore terror attacks on March 3, 2009, bringing international cricket in Pakistan to a halt for six years. On that fateful day, Meher Mohammad Khalil had the responsibility to carry the Sri Lankan players safely back to their hotel after the heinous attacks. The terrorists used grenades, rifles and rockets. Six cricketers were injured. Eight Pakistani citizens, including six policemen, were killed. Khalil was hailed as a national hero for ensuring safety of the Sri Lankans. Not only was he rewarded by the Pakistan government, the Sri Lankan Government rewarded him with $35,000 as well. As Khalil had said in his earlier interview, I felt like a Pakistan President that day.

On return of international cricket to Pakistan: Cricket is back to the nation that thrives on the sport as much as India does. The return was marked with the World XI tour of Sri Lanka.

Pakistan are already 1-0 up in the three-match T20I series, and are definitely hopeful to lift the trophy in front of a packed crowd at home. A bilateral series against West Indies is also being discussed at this stage.

On the other hand, several Sri Lankan cricketers have opted out of the Lahore T20I. The list includes captain Upul Tharanga, Lasith Malinga and coach Nic Pothas. Tharanga, who was part of the Sri Lankan squad in 2009, had mentioned how the attacks were still etched in his memories.

However, new captain Thisara Perera is satisfied with the arrangements. He is all geared up for the big event.

So is Khalil, Our army has carried out so many operations and cleared out so much mess, that now, thank God, we can organise a match without any security, while speaking to Reuters.

The second T20I will be played at Sharjah on Friday followed by the final T20I at Lahore on Sunday. 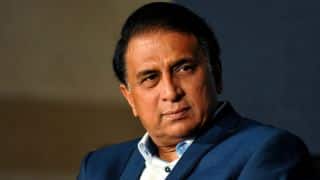 Sunil Gavaskar inaugurates cricket stadium in Kentucky named after him