ICC confirmed that both the men's and women's finals will be played at the MCG one of the world's biggest stadiums giving the matches equal billing.

The Melbourne Cricket Ground (MCG), Australia’s largest stadium, will host the women’s World Twenty20 cricket final in 2020, organisers said Tuesday amid hopes the match will set a world record for attendance at a female sporting event.

Both the men’s and women’s finals will be played at the MCG one of the world’s biggest stadiums giving the matches equal billing, the International Cricket Council (ICC) said.

The two competitions are being held separately, with the women’s tournament in March 2020 and the men’s six months later, capitalising on the successes of the domestic T20 Big Bash League and the 2015 World Cup jointly hosted by Australia and New Zealand.

“The women’s final will take place on International Women’s Day 2020, Sunday 8 March, with the aim of creating a world-record attendance for a women’s sporting match,” the ICC said in a statement.

The world record for attendance at a women’s sporting event was set in 1999 when 90,185 fans watched the United States defeat China in the final of the Women’s World Cup at the Rose Bowl in Pasadena, California.

If crowds flock to the women’s final as organisers hope, the 100,000-capacity MCG could break that record.

Local organising committee chief Nick Hockley said the World T20 would be designed to be more inclusive and accessible to encourage greater participation.

Eight cities across Australia, including Sydney, have been selected to host games featuring 10 women’s and 16 men’s teams.

Both the women’s semi-finals will be played on consecutive days at the 50,000-capacity Sydney Cricket Ground. The men’s semis will take place at the SCG and the Adelaide Oval. 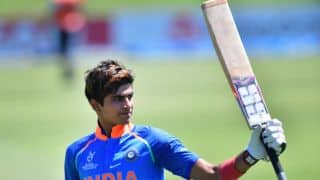