Mighty Efate Panthers vs Ifira Sharks Dream11 Team Prediction Vanuatu T10 League 2020 – Fantasy Cricket Tips For Today’s MFE vs IS at Vanuatu Cricket Ground: In an exciting clash of Vanuatus T10 league on Super Saturday, Mighty Efate Panthers will take on Ifira Sharks at the Vanuatu Cricket Ground Hybrid Oval. Mighty Efate Panthers are leading the points table with two wins and one loss in the three matches they have played so far. They started their campaign with back-to-back wins against the Bulls and the Sharks by 37 runs and 5 wickets respectively. However, they were beaten by the Bulls in the reverse fixture by three wickets.

Ifira Sharks, on the other hand, have won one game and lost one out they have played so far. They started the tournament with a four-wicket victory over the Bulls but lost their next game to the Panthers. While the Panthers would be looking to bounce back from their loss to beat the Sharks yet again, the Sharks would be eyeing to avenge their loss by getting one over the Panthers this time. For cricket lovers in India, the Vanuatu T10 League match between MT Bulls and Mighty Efate Panthers will be broadcasted on Sony Six, Sony ESPN and 1Sports. You can also watch the live cricket streaming of the Vanuatu Blast T10 League 2020 on online apps – SonyLiv, Now TV, SuperSport Live, Willow TV Online or Rooter.

TOSS – The toss between Mighty Efate Panthers and Ifira Sharks will take place at 9 AM (IST).

MFE vs IS Probable Playing XIs

MFE vs IS Squads 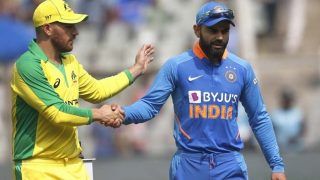