Miandad given seven days to reply to PCB notice

Miandad given seven days to reply to PCB notice

The Pakistan Cricket Board (PCB) has given Javed Miandad, its Director Cricket Affairs, seven days to respond to a show cause notice for violating the terms of his employment contract. 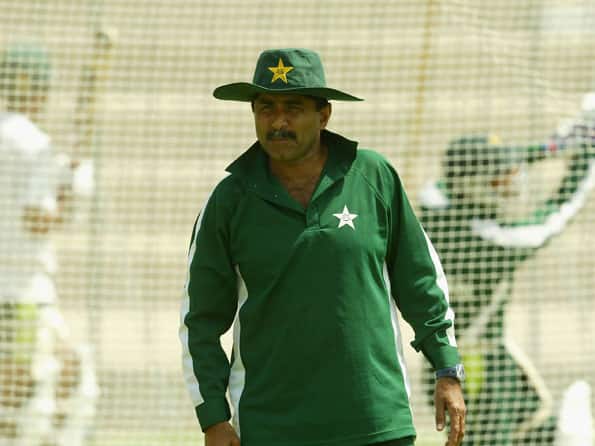 The Pakistan Cricket Board (PCB) has given Javed Miandad, its Director Cricket Affairs, seven days to respond to a show cause notice for violating the terms of his employment contract.

Miandad slammed the PCB working on Thursday and claimed that 90 percent of the decisions taken by the authorities were erroneous and damaging the sport in the country.

He also claimed that he was not being consulted in important issues nor being given any authority by the Chairman Ijaz Butt and would again bring this to the notice of the Board’s chief patron, President Asif Zardari.

The Board on Thursday promptly sent a show cause notice to Miandad at his residential address in Karachi.

Well informed sources said there were several reasons for Miandad lashing out at the board policies.

“He had gone and met with the Chairman recently when the central contracts were announced and complained that the board should give a contract to his nephew, discarded Test batsman Faisal Iqbal,” one source told PTI.

“Miandad had met with Butt and complained that he was not consulted when the list of players for the central contracts were being finalised and than he complained that Faisal should have got a contract as well,” the source said.

“Another reason for the fresh fall out is that Miandad has been writing supposedly confidential letters to the President’s secretariat complaining about the working of the Board and Butt. Interestingly, although Miandad marked the letters as confidential they have all been sent to the PCB Chairman for his observations,” the source said.

He claimed that Butt was obviously not happy with Miandad writing letters to the chief patron without his knowledge.

The source said another issue of contention was that Miandad was not consulted on any cricket related issue like appointment of manager, coach or captain and selection of teams discussed by Butt.

“But in other matters Miandad is wrong when he says he is not involved in Board affairs. He is a governing council member and has himself supported recent decisions taken by the Board.

“But yes in the case of the PCB suspending the secretary of the Karachi City Cricket Association Ejaz Farooqi Miandad had suggested instead of suspending him the Board should hold talks with the KCCA to resolve the problem,” the source added.

Another source said there were indications that Miandad might have been told by his sources that Butt would not get an extension when his tenure ends on October 8 and advised him to speak up now again to settle the issue.

“But as far as the extension of Butt is concerned it is still 50-50 and they are right chances the chief patron might ask him to continue for another year or so,” the source said.

Miandad has said he will respond to the notice after going through it and consulting his lawyers as he is directly appointed by the chief patron.

A source said the PCB was treading the path carefully in Miandad’s case as they knew he had considerable standing and his issue would have to be dealt with sensitively to avoid a backlash from the Presidency, people and media.(PTI)