Carberry is unsure if he will represent England again because of ECB's preferential treatment.

England batsman Michael Carberry has slammed the England and Wales Cricket Board (ECB) for their lack of communication and claimed that he has been given a ”shorter rope” than other players.

The Hampshire batsman played in Australia in all five Ashes Tests, finishing as England’s third-best run-scorer on the averages although there was no sign of him neither for the subsequent one-day series nor at the ICC World T20 2014.

According to News.com.au, Carberry said that he still wants to play for England even at the age of 33 but does not necessarily feel that he will get the chance because of the management, adding that he is unsure where he stands with England’s one-day coach Ashley Giles, who hopes to replace Andy Flower in overall charge.

Carberry is disappointed not to have heard from Giles or any of the other team hierarchy since coming back down from Australia, although he added that it is the way the ECB does things as there have been players before him who have felt the same. 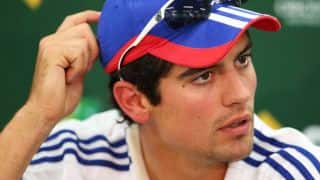