The Aussies have just a month left ahead of their tour to UAE, where the wickets are to favour the spinners.

Zimbabwe celebrated their historic win over the mighty Australians last Sunday at the Harare Sports Club. In this process, Australia’s weak point was exposed to the world. They were outplayed by the Zimbabwean spinners.

Coach Darren Lehmann and skipper Michael Clarke were well aware of the fact that Australia’s inability to spin bowling resulted in their shocking defeat, reported the Official Cricket Australia Website.

The Aussies have just a month left ahead of their tour to the United Arab Emirates (UAE) where the wickets are to favour the spinners most likely. If they do not come up with a game plan to tackle spin bowling, they will be in serious trouble.

Skipper Michael Clarke said, “Our batting, we continually talk about facing spin bowling as an Australian team.” He further added, “It seems to be an area we continue to struggle in and today’s another example of that.”

Pakistan’s spin maestro, Saeed Ajmal underwent bowling action Test at the National Cricket Centre in Brisbane. If the International Cricket Council (ICC) clears his bowling action then he will pose a huge threat to Australia in UAE. Even if Ajmal does not play, then part time Pakistani spinners will also cause problems if the ball starts to turn.

Lehmann was thoroughly disappointed with his team’s performance. He said, “If we can’t beat Zimbabwe with that side we’ve got problems, so we’ve got to sort them out.” He added, “We’ve got to learn really quickly, because teams are going to see that and they’re going to react to it.” 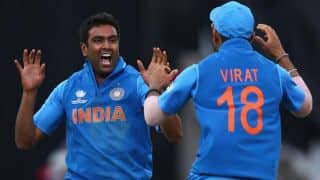