Clarke was ruled out of the ODI series against Pakistan after suffering from tendon damage.

Injury ridden Australian captain Michael Clarke has dismissed suggestions that he should quit one-day cricket due to injury reasons  and also said that one-day cricket remains to be his passion.

“I know there’s been some talk about whether I should walk away from one-day cricket or how long I can play for, but I’ve had my back issues since I was 17 and I’ve managed to miss only one Test match out of 105 through my career,” Clarke told cricket.au.com.

“I’ve also missed a few one-dayers but touch wood, to date I haven’t missed any major tournaments. It’s all part of playing sport at the highest level. You’re going to get injured and it’s about making sure you do the work to get back on the park, and while I’ve still got that drive to do that work and the love of the game I’ve got, I see no reason to consider walking away.

“You get a little kick in the guts, but you’ve got to get up and go again. It’s not going to be the last injury I have, “added Clarke.

Clarke was ruled out of the ODI series against Pakistan after suffering from tendon damage. He has also revealed that he would be traveling to UAE much earlier than the rest of Test squad.

“It’s going to take some time to work out what’s perfect for me but we believe getting there (the UAE) a couple of days before everybody else and allowing my body to acclimatise and recover after a long plane flight is a good start.

“So I’m flying over on the 30th to give myself every opportunity to be fit and if I thought I wasn’t going to be fit (for the first Test) I wouldn’t even get on that plane.

“In overall terms, I feel as fit and as healthy as I’ve ever felt and I’m only 33 so I feel I’ve got a lot of cricket left in my body, “concluded Clarke. 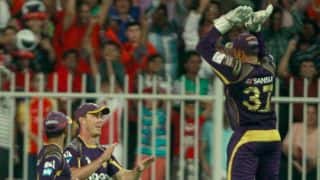