A hamstring injury is hampering Australian captain Michael Clarke's prospects of being fit for this month's tour of the West Indies. 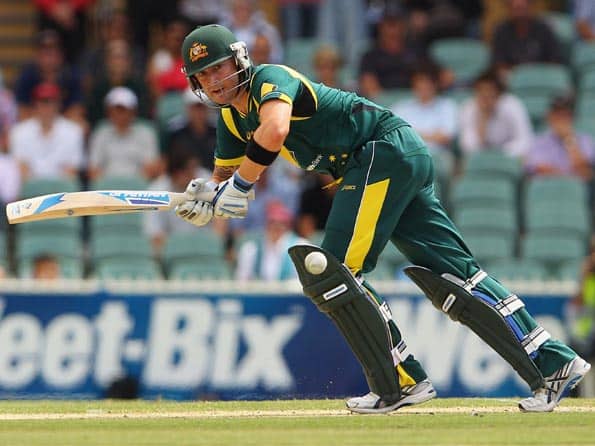 A hamstring injury is hampering Australian captain Michael Clarke’s prospects of being fit for this month’s tour of the West Indies.

Clarke will have scans on his left hamstring, which was strained while making 117 in Australia’s loss in the second tri-series final against Sri Lanka in Adelaide on Tuesday.

He is unlikely to be fit for Thursday’s deciding final in the best-of-three series and could also be in doubt for the looming tour to the Caribbean.

The Australian players are due to fly to the West Indies on Friday with the opening ODI match at St Vincent on March 16.

“I have done something to my left hamstring, I don’t know to what extent,” Clarke told reporters after Tuesday’s ODI loss.

“But it’s obviously not feeling good at the moment, that is for sure.

“We leave for West Indies in three days. I don’t want to make a judgment until I make a scan, I think I would be silly to do that.”

Clarke only returned to action last weekend from a strain to his right hamstring, which sidelined him for three games.

And the captain admitted he went against the wishes of Australian team physiotherapist Alex Kountouris by returning so soon.

“It’s a tough one, I pushed really hard to try and get back for this finals series,” he said.

“And I tried my best not to give Alex much of an option, to be honest.

“So I feel for him as well as my left leg at the moment because I know he probably would have preferred me to take it easy.

“But I wanted to be part of this finals series.

“But after straining my right one, I probably favoured my left over the past couple of weeks, 10 days, and I have done a bit of damage there.” (AFP)