Clarke is expected to meet Steve Crawley, Channel Nine's Head of Sport, for further talks on the issue.

Michael Clarke might have a new profession knocking at his door following his opting out of the upcoming Big Bash League (BBL), as the latest reports suggest that Clarke may join the Channel Nine commentary time as early as the coming week. Clarke, who retired from international cricket following the conclusion of the 2015 edition of the Ashes, is believed to have set an appointment with Channel Nine‘s Head of Sport, Steve Crawley after he returns from holiday with pregnant wife Kyly. Clarke had a guest role in the commentary box during the second and third matches in the home series against India, and had hinted the possibility of becoming a commentator at the time of his retirement. READ: Michael Clarke opts out of the Big Bash League

“”I’ll just wait and see how that conversation goes. There is a baby on the way … and there is a whole new world out there,” Crawley was quoted as saying on the topic of his meeting with Clarke, according to a report on Sydney Morning Herald.

The reports suggest that Clarke might be roped in for a couple of matches only, in the absence of Australian spin legend Shane Warne, who is expected to be hosting a Twenty20 tournament with retired Indian batting maestro Sachin Tendulkar around the early phase of the Australian summer. Australia play three Tests each against New Zealand and West Indies respectively at home, followed by a One-Day International and a Twenty20 International (T20I) series against India.

Clarke has currently taken a sabbatical from all forms of the game, suggesting that his body and mind needed some rest after a hectic phase of international cricket that saw Clarke lift the World Cup at the Melbourne Cricket Ground, following which he led Australia to a 2-0 whitewash of West Indies, before surrendering the Ashes 2015 in a 2-3 series loss to arch-rivals England in the five-Test series. 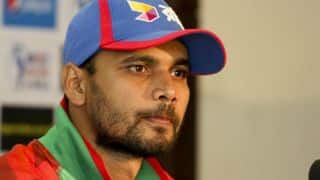 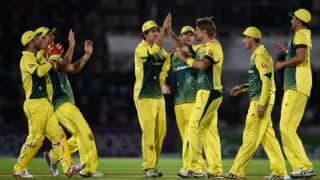