Melbourne: Former Australian Test skipper Michael Clarke has confirmed he will not be playing next year s Pakistan Super League (PSL), thus putting an end to months-long speculation that he would make a return to cricket . Earlier, there were reports that Clarke had been allocated into the upcoming PSL draft s highest salary-cap category, alongside a host of current and former international players. The 35-year-old, however, clarified through his Twitter account that he would not be a part of Pakistan s Twenty20 League. ALSO READ: PCB starts taking steps to host PSL final in Lahore next year

No I won’t be, confirmed Clarke, who retired from all forms of cricket following the disastrous Ashes series in England last August. Clarke, who returned to Sydney grade cricket with Western Suburbs in February before featuring in the Hong Kong Twenty20 tournament in May, had earlier ruled out his possible return to this year’s Big Bash League (BBL) by opting to join Channel Nine s commentary team for the Test summer.

Earlier, the PSL had announced that England internationals Jimmy Anderson, Stuart Broad, Eoin Morgan, Moeen Ali, Jason Roy and Steve Finn would all be up for grabs for the 2017 tournament, cricket.com.au reported. While the inaugural edition of the tournament was held entirely in the UAE, PSL chairman Najam Sethi had suggested in August that the finals of next year s event could be held in Pakistan if they secure agreements from foreign players to travel there. 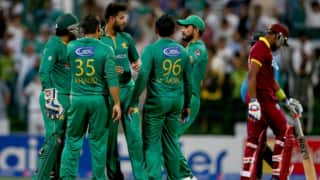