Michael Clarke hasn't written off a potential second stint in the IPL.

Michael Clarke has retired from international cricket after a career spanning over ten years and has made it clear that while his time as an international cricketer is up, he is far from done with the game on the whole. Clarke hasn’t chalked out a plan for himself yet, but an (Indian Premier League) IPL stint is within consideration. Clarke is already signed with the Melbourne Stars to play in the Big Bash League (BBL) in the Australian summer and may consider plying his trade in T20 competitions across the world like Kevin Pietersen and Chris Gayle. ALSO READ: Michael Clarke admits “his time was up” following Australia’s win at The Oval

“That’s probably one of the things (an IPL stint) I’ve got to think about over the next week or so,” Clarke told Triple M‘s Hot Breakfast as reported by cricket.com.au. “What I’m going to do there, am I going to look at that as an option? I’ll spend the next few days trying to sum that up. See where my mind is at, see where my body is at and have a good think about it,” Clarke continued. ALSO READ: Michael Clarke: I’m blessed to have played for Australia

“Kyly and I are going to go away for a week or so before I fly back home. And that’s just going to give me some time to have a think about what I’m going to do when I get home. I haven’t had a chance to press stop and have a think about things. Now I’ve finally got that opportunity I just want to make the most of that and spend some time with her and have a really good think,” said Clarke. 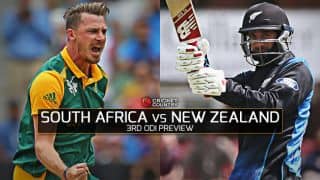