Australia captain Michael Clarke said on Wednesday that the search for a new coach will not distract him from beating South Africa in their upcoming One-Day International series. 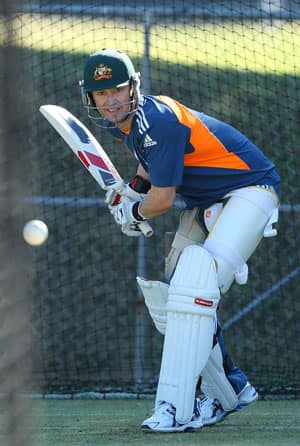 Australia captain Michael Clarke said on Wednesday that the search for a new coach will not distract him from beating South Africa in their upcoming One-Day International series.

“I’ll be concentrating on scoring runs and helping Australia win games … and at the right time, I’ll continue to communicate with James Sutherland and obviously Pat Howard to go through the process and speak about a few of the coaches that apply,” Clarke was quoted by Perth Now.

“My focus is on … having some success over here personally and as a team and then when I get some spare time or when the time is right, I can then communicate with James and Pat. They’ve been fantastic, our communication is always quite strong,” he added.

Clarke will have a major say in the coach selection process, as Cricket Australia launched a global search for the right replacement of Tim Nielsen.

During the series, he will be in constant touch with CA chief executive James Sutherland and team manager Patrick Howard over developments.

It is believed that Steve Rixon is the frontrunner for the post, as he enjoys a close relationship with Clarke.

The other candidates who are likely to be interviewed for the job are former Australian cricketer and Sri Lanka coach Tom Moody, former New Zealand coach Rixon and former South Africa coach Mickey Arthur along with Greg Shipperd.