Michael Snedden made his Domestic debut for the Auckland Aces last season, playing two Ford Trophy matches, but did not play first-class cricket for the side before switching to Wellington.

He is the sixth cricketer overall from the Snedden family to play first-class cricket, which also includes another of Nessie’s sons Colin (Auckland 1938/39-1947/48) – a Test representative who also went on to distinguish himself as a cricket commentator; and Nessie’s brother Cyril Snedden (Auckland 1920/21).

Canterbury captain Cole McConchie won the toss, sending in early leaders the Wellington Firebirds in the first of the second round matches at a seam-friendly Basin Reserve this morning.

Quick Ed Nuttall struck in just his second over of the day, trapping Andrew Fletcher at 1/1 in the fourth over, with Matt Henry following up in the next over, Fraser Colson caught behind to have the hosts 5/2. The Firebirds were the only side to bag the maximum points from Round One while Canterbury is looking to secure its first outright after a weather-interrupted draw to start their summer. 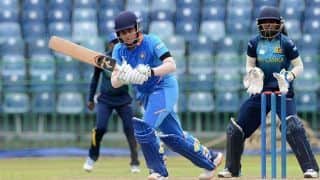 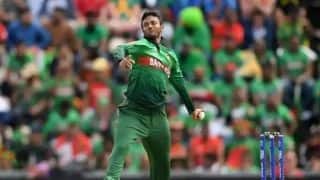