The ongoing Australia s tour of South Africa has been nothing less than a land mine on and off the field.

The ongoing Australia s tour of South Africa has been nothing less than a land mine on and off the field. On field spats including David Warner-Quinton de Kock and Steven Smith-Kagiso Radada have hogged limelight thus far. Now, Australia head coach Darren Lehmann joined the bandwagon and called South African fans disgraceful after end of play on Day Two in Cape Town Test. Many former cricketers including Michael Vaughan, Graeme Smith and Mark Boucher have lashed out at Lehmann s for his hypocrisy. All of them took to social networking site, Twitter to lash out at former Australian all-rounder.

Correct Darren! Fully agree! But… start cleaning up in your own country first! The personal, racial abuse I ve witnessed in Aus was ridiculous. U guys don t live in a glass house! Why the fuss all of a sudden? Seems fine when the shoe is on the other foot!

Absolutely right, and I don t condone any of it….

But Blimey i have never seen an Aussie team whinge and whine like this! https://t.co/ECi5y1BA91

It s making me chuckle the Aussies are making an official complaint about the personal abuse they are receiving … #please !!!! #SAvAUS

Lehmann had said: You are talking about abuse of various players and their families and personal abuse. It s not on at a cricket game, not just here, it shouldn t happen. You can have banter, that s good fun, but it s gone too far here.

Earlier today, Cricket South Africa (CSA) expressed disappointment at the behaviour of the Newlands crowd during the third Test in Cape Town and asked for better behaviour moving forward.

“We have since taken it upon ourselves to beef up our security personnel to ensure that players from both sides don’t have to endure such unfortunate behaviour. Both CSA and the players encourage supporters to continue rooting for their teams and also to behave in a decorous manner that will allow this Test series to be played in true spirit of the game,” acting CEO, Cricket South Africa, Thabang Moroe had said.

Cricket Australia (CA) in their statement said: “We are extremely disappointed that a small number of fans have directed such offensive and inappropriate behaviour towards our players and members of their families. Our Chairman David Peever, who is in Cape Town, has taken the matter up directly with relevant CSA officials, including President, Chris Nenzani” 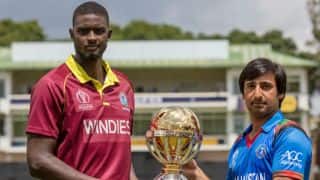