In the one-minute-long video, the 7-year-old can be seen playing both cover drives, off-drives, and some pull shots. 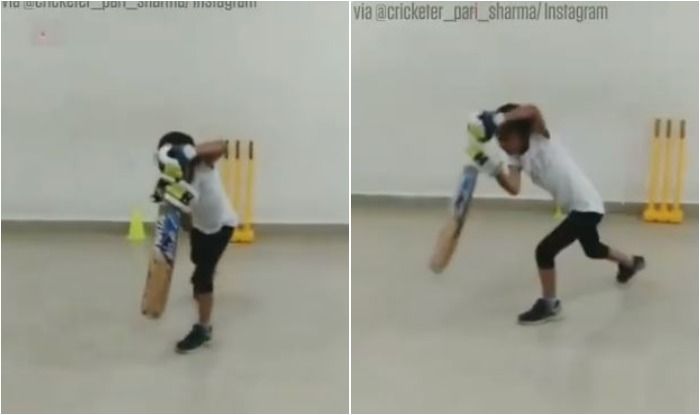 Former England skipper Michael Vaughan and West Indies batsman Shai Hope were left speechless after witnessing the impeccable footwork of Pari Sharma, a seven-year-old batter from India. Vaughan and Hope took to social networking site – Twitter to share the video of the young batswoman in which she played some breathtaking shots and hit the ball with supreme ease.

In the video which went viral on the internet, Pari Sharma can be seen showing impeccable footwork as she dispatches the ball both on the offside and leg side. Vaughan shared the video on Twitter and captioned the post as: “Have a look at this video .. Pari Sharma .. 7 yrs old. Her movements are as good as it gets”.

Impressed with the little girl, West Indies top-order batsman Hope also shared the same video on his official handle and captioned, ” When I grow up I want to be like Pari Sharma”.

In the short video clip, Pari can be seen playing both cover drives, off-drives, and some pull shots.

Last year, 15-year-old Shafali Verma, the Indian opening batsman made her debut and set the stage on fire. Soon after her debut, Shafali became a household name after breaking Indian batting legend Sachin Tendulkar’s record and became the youngest player to score a half-century in international cricket.

Currently, all sporting action across the world has come to a halt due to the coronavirus pandemic. Due to the lockdown because of the spread of the deadly virus, the much-awaited T20 tournament – Indian Premier League (IPL) 2020 which was supposed to begin on March 29 but has now been suspended until further notice. Shai Hope went unsold in the 2020 IPL Player Auctions. 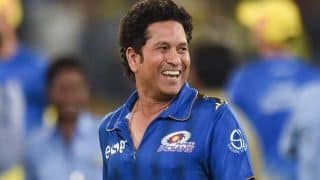