Mickey Arthur has asked the Pakistan selectors to send ahat Ali to strengthen the fast bowling attack against West Indies in Tests.

Karachi: Disappointed by the unimpressive performances of senior pacers Wahab Riaz and Mohammad Aamer in the recently-concluded ODI series against the West Indies, Pakistan head coach Mickey Arthur has asked the national selectors to send fast bowler Rahat Ali to strengthen the fast bowling attack for the three-match Test series beginning April 22 in Barbados. According to a source quoted by the Dawn, the former South African player believes there is an immediate need to have another fast bowler in the squad for the upcoming Test series. Both Wahab and Aamer looked tired throughout the ODI series and also failed to pressure the Caribbean players. FULL CRICKET SCORECARD: PAkistan vs West Indies 2017, 1st Test at Jamaica

While Wahab conceded 69 runs in his ten overs for just one wicket in the opening ODI against West Indies, Aamer finished the ODI series with a five-wicket haul, but never posed a serious threat to the opposition. Earlier, Sohail’s axing from the limited-overs squad against the Caribbean side came as a surprise to many as he was recently declared the best bowler for this year’s Pakistan Super League (PSL). Sohail would have been a better choice for the Test series rather than Rahat, who has appeared in just 20 Tests and bagged only 58 wickets at an unimpressive average of 37.43.

According to the reports, Sohail was not considered for selection in the Test series as he had developed some issues with Pakistan fast bowling coach Azhar Mahmood during the recent tour to Australia. 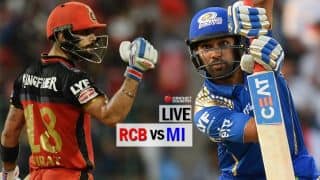