Brad Haddin on Tuesday maintained that the Australia squad in England were united after former coach Mickey Arthur reportedly claimed there was a huge rift between Test captain Michael Clarke and all-rounder Shane Watson. 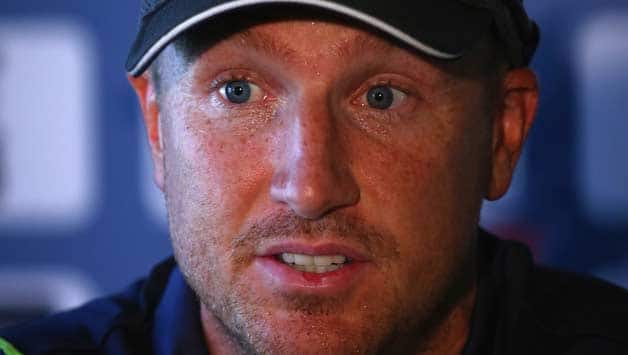 Brad Haddin on Tuesday maintained that the Australia squad in England were united after former coach Mickey Arthur reportedly claimed there was a huge rift between Test captain Michael Clarke and all-rounder Shane Watson.

Arthur was sensationally sacked just 16 days before the first Test against Ashes-holders England at Trent Bridge, a match the tourists lost by just 14 runs on Sunday to go 1-0 down in the five-match series, and was replaced by former Australia batsman Darren Lehmann.

Reports have since emerged that Arthur, the first foreign-born coach of the Australia side is planning to sue Cricket Australia for up to AUS$4 million ($3.69 million, £2.44 million) in compensation.

Now, according to a report by Australian broadcaster Channel Seven, Arthur, in legal documents, has allegedly described the role of Watson and his faction within the team as a “cancer”.

Arthur, sacked two years before his contract was due to expire, claimed Clarke embraced the need for discipline, while Watson did not, Channel Seven said.

The network reported that the documents alleged there was “major tension” between Clarke and Watson, and that Arthur felt he was “the meat in the sandwich” between the duo.

Arthur also alleged that Watson had told him about Australia batsman David Warner’s punch at Joe Root in a Birmingham pub during the ICC Champions Trophy 2013 last month, it added.

Watson previously stated he did not pass the information on to Arthur.

The incident led to Warner’s suspension before the Ashes, with the top-order batsman, not selected at Trent Bridge, also missing out on the second Test at Lord’s starting on Thursday to join the A side on tour in Africa.

Wicketkeeper-batsman Haddin, speaking to reporters at Lord’s on Tuesday, insisted, “The Australian dressing room is fine. I don’t know how many times we need to answer this. I think everyone was surprised [by Arthur’s sacking] but there’s no point talking about it any more. We’ve gone past all this, we’re moving forward with the campaign,” added Haddin, whose second innings 71 nearly led Australia to a stunning first Test win.

“We’re all pretty excited to be in an Ashes campaign. Darren’s done a wonderful job, like all our staff and players. All the other stuff that we can talk about is white noise so it’s not something that has affected the side at all. I’m not going to get into what ifs and who was better than this and who was wasn’t as good as this; our job is to just get on with this campaign.”

Channel Seven also reported that Arthur claimed in his submission that Cricket Australia did not support him over the decision to drop four players — including then vice-captain Watson, bowlers James Pattinson and Mitchell Johnson, and batsman Usman Khawaja — for the third Test in Mohali in March after the quartet failed to complete a provide written feedback requested by team management on how the side could improve.

The so-called “homework” incident was a low point during a series Australia lost 4-0 and was cited by many observers, including former England captain Michael Atherton, as the beginning of the end of Arthur’s reign as coach.

Channel Seven said Arthur alleged he was discriminated against because he was South African.