Sacked Australian coach Mickey Arthur revealed that Cricket Australia CEO, James Sutherland had admitted that he [Arthur] was made scapegoat in the entire controversy surrounding skipper Michael Clarke referring to Shane Watson as 'cancer' in the team. 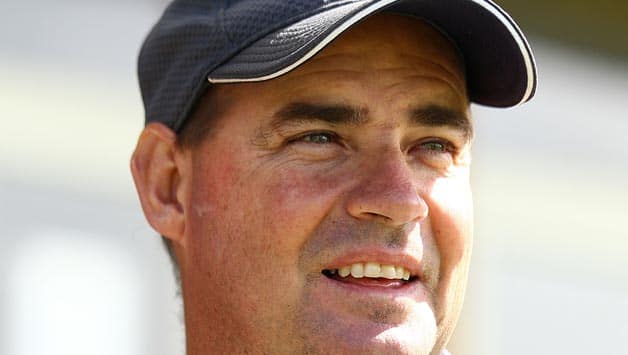 Axed Australian cricket coach Mickey Arthur on Sunday said there had been a “deliberate campaign” against him in past days and his reputation had suffered greatly from his sacking.

Returning to Perth after attending his mother’s funeral in South Africa, Arthur said he had no choice but to take legal action against Cricket Australia (CA) after he was dismissed just days before the start of the Ashes series against England.

“After my dismissal, I received nothing in writing from Cricket Australia, no contact, and no payment at all, not even of my basic leave pay, until I was forced to bring in lawyers to assist in the process,” he read from a statement.

“I had tried on a number of occasions to make direct contact at a very senior level of Cricket Australia, for days there was just no response.”

Arthur, who was replaced by Darren Lehmann, said that given the circumstances of his dismissal, he had hoped that CA would be willing to resolve the matter through private talks.

But explosive details of his AUD 4 million case to the Fair Work Commission, including claims of divisions within the Australian team, were leaked to the media ahead of the second Test.

“Selective leaks by others have ruined my attempts to protect the Australian cricket team and everyone involved,” Arthur said.

“As I’ve said, no one associated with me has played any part in releasing that confidential document.”

Arthur, who was sacked after a series loss in India, a poor showing in the ICC Champions League 2013 and incidents of ill-discipline among the team, said that CA’s Chief Executive James Sutherland had even acknowledged that he had to some extent been made a scapegoat.

“The damage to my reputation and career has been immense, which means the chances of me getting a senior job are that much less,” the South African said.

“I was truly shocked and devastated by my dismissal.

“I had received a positive appraisal on all my key performance indicators just prior to departing for the Ashes tour.”

Arthur said that he had been told that batsman David Warner’s off-field behaviour, in which he punched England batsman Joe Root in a Birmingham bar, had been “the last straw” for the CA board.

“I received no hearing at all over that issue, and no one was doing more to improve discipline in the young Australian team than I was,” he said.

Arthur, who took no questions, said he hoped conciliation talks on Wednesday would be productive and wished the Australian team, which lost the first Test and will require a record run chase to win the second, well.

“In spite of what has been a deliberate campaign against me in the past days, I am still willing to resolve this dispute on a fair and just basis,” Arthur said.

Ashes 2013 has started to look like one-sided affair: Tom Moody