Mickey Arthur is back to work in Pakistan and wants the consistency of the side to go up so that they enter the 2019 World Cup as one of the contenders.

The ICC Champions Trophy 2017 win for Pakistan was no less than a fairy-tale. They were humiliated by India in their opening match at Birmingham but the lowest ranked team in the competition staged a remarkable recovery to win all their remaining matches to enter the final. They trounced their arch-rivals India convincingly at The Oval to lift the Champions Trophy. Coach Mickey Arthur, who had last year helped the side to reach the pinnacle of the ICC Test Rankings, masterminded their miraculous Champions Trophy recovery. ALSO READ: World XI tour can be curtain raiser for international cricket in Pakistan, says Mickey Arthur

The South African is back to work in Pakistan and wants the consistency of the side to go up so that they enter the 2019 World Cup as one of the contenders.

“It has been over a month and the euphoria has died down and I have been plotting and planning our next move, Arthur told Cricbuzz in an interview. It felt really good to win an ICC event with this young team as it reaffirms the brand of cricket that we have to play to be successful and that the road we are on is the right one.

Arthur was at the thick of controversy due to the Homework-gate while he was the coach of the Australian side and is prepared for complexities of Pakistan cricket.

I have learned how to handle different situations differently and that provides me a wealth of knowledge. I think I will be a better coach third time round, said the South African.

Arthur understands the challenges that are to come ahead. I really hope this is a breakout phase for us and we all believe in the direction we have taken and know that in order to have success we have to really do the hard yards in our preparation and that includes fitness and eating well. It should not be a challenge motivating the boys after this because this will and should be seen as just the stepping-stone to more hard work and ultimate success in the World Cup in 2019. We have to be realistic as well and know that we are not the finished article yet and have a long way to go in growth, both personally and as a team, he said.

Arthur is desperately hoping for the World XI to tour Pakistan later this year. Also, Arthur mentioned that he is loving the job of being Pakistan s head coach.

I am absolutely loving this job and really enjoying seeing the players improve and progress so well. Our support staff and coaches are an absolute pleasure to work with and we are all very united in the direction we want to take the team. The PCB and Inzamam-ul-haq (chief selector) have really backed us and that has made the job easier and very enjoyable, he concluded. 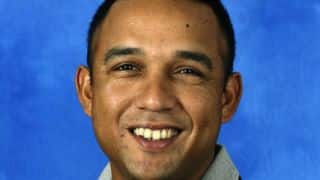