The 45-year-old Hesson feels the upcoming two-Test series will be a different proposition despite New Zealand's recent 0-3 loss in Australia.

An all-weather bowling attack and batsmen’s quality to tackle pacers in overseas conditions have made India a formidable unit across formats, feels former New Zealand head coach Mike Hesson. Hesson, who will take charge of Royal Challengers Bangalore in the 2020 IPL season, also said the 5-0 rout of New Zealand in the T20 series shows a current lot of Indian players is exceptionally talented.

“India are far better side now at present and they are improving all the time. Their bowling attack now suits all conditions around the world because their bowlers, pacers and spinners, are so good. That’s something they haven’t always had,” Hesson told PTI in an interview.

“And their batsmen’s ability to play pace bowling has also got better the more they have toured. So this group of players is an exceptionally talented group. This series’ win will help them (for the World Cup in Australia later this year).”

Up next is a three-match ODI series, and India-New Zealand will play the first match in Hamilton on Wednesday. Hesson said New Zealand’s new-look pace attack will have its task cut out.

We are back in Hamilton! A couple of capital cricketers catching up on the Waikato River ahead of a big week for cricket at Seddon Park. Our next T20I is on Waitangi Day while the @BLACKCAPS start their ODI series on Wednesday. #NZvSA #NZvIND pic.twitter.com/Lo77Q5jsVR

However, he feels the subsequent two-Test series will be a different proposition despite New Zealand’s recent 0-3 loss in Australia.

“New Zealand had a poor tour of Australia and they would be hurt with that. But up to that point, their Test cricket was exceptional in the last 2-3 seasons, probably even longer.

“New Zealand know these conditions well. From a Test bowling point of view, if there is something in the surface, likes of Tim Southee will exploit it and Trent Boult should be back as well. Neil Wagner asks different questions too, so I am really looking forward to it.

“India will have an expectation of winning this Test series. But New Zealand is a very tough place to come and win Test matches. You cannot take anything for granted and I am sure India won’t,” said Hesson.

Hesson also blamed New Zealand for making some questionable decisions during the T20 series in which they lost back-to-back games in a Super Over. “Losing in such a manner can become a bit of habit. Once New Zealand lost a couple (Super Overs), they almost started dreading the Super Over. And once you do that, you are not in the right frame of mind.

“Once again, even in both those Super Overs, New Zealand were in situations in this series where they could have won it. They will look back in hindsight and wonder if they used the right bowling option (Tim Southee) at that time.

“Changes of pace can be useful in a Super Over rather than necessarily trying to bowl yorkers, reckoned Hesson.

About the vital MS Dhoni question, Hesson opined that India already had plans in place if the former skipper didn’t return after the IPL as speculated. Dhoni has not played a competitive game since the World Cup semifinal loss to New Zealand in July.

“It seems like India have moved on. And they have certainly had to put their plans in place for when that (Dhoni’s retirement) happens. I have heard in the press that a lot depends on the IPL in terms of how Dhoni operates. If he is in good touch then obviously he plays, but looks like India have moved past MSD at this stage.” 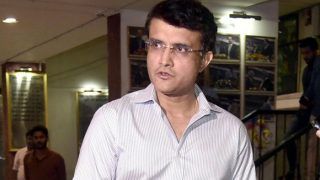