Smith, the captain of Australian cricket team for One-Day International (ODI) and Test format, is currently on top of his form.

Former Australia cricketer Mike Hussey has recently revealed that when he first came across Steven Smith, he wasn’t sure if the player will be able to do justice to his talent. Smith, the captain of Australian cricket team for One-Day International (ODI) and Test format, is currently on top of his form and has been named ICC Cricketer of The Year and Test Cricketer of the Year. Hussey, who has played alongside Smith in all the three formats, has seen him grow and has said that he was aware of the talent in Smith but didn’t know if he had the temperament to utilize that. READ: India vs Australia 2015-16: George Bailey in awe of Steven Smith

In an interview to cricket.com.au, the former cricketer said, “I always saw that the talent was there but I didn’t know whether the temperament was there. When he first came in he was an impetuous young kid. He wanted to get there so fast and sometimes that impetuous nature got the better of him and I wasn’t sure if he could rein that in. But he’s obviously a smart kid.”

Pointing out the fact that Smith successfully identified his weak zones and has bettered them from time to time, Hussey added, “You often hear in his interviews that he’s just looking to be a bit more patient, let the bowlers come to him a bit more, let a few more balls go and wait for them to come to him, all those sorts of things which is more about your temperament. I think that’s an area of his game that’s really improved from when I first saw him to now and that’s enabled him to give him the opportunity to be able to go and score all these big scores. The other thing that’s been amazing about him is how hungry for runs he is.He’s got that appetite for runs and for any batsman that’s a great thing to have.But to have it so consistently and want it all the time is just amazing sign of his character.” READ: India vs Australia 2015-16: India need to figure a way to get rid of Steven Smith, says Sunil Gavaskar

After a successful 2015, Smith started off 2016 on a high as he scored 149 against India in the first ODI at Perth helping Australia win the game. 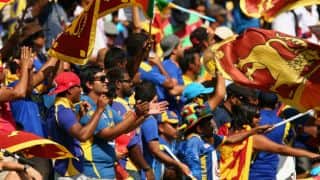 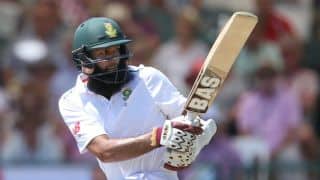