Pakistan's reigning Test skipper Misbah-ul-Haq is all set to participate in the upcoming edition of the Pakistan Super League (PSL) 2017.

Pakistan‘s reigning Test skipper Misbah-ul-Haq is all set to participate in the upcoming edition of the Pakistan Super League (PSL) 2017, where he would not just play, but is also reported to be assessing his gameplay and thereafter take a call on the future of him playing international cricket. As Misbah prepares himself to lead the defending champions Islamabad United, he would also be assessing his hunger for the game, while also checking on his batting performance in the tournament, which could play a bog role in taking up the decision regarding his future in international cricket, as he could well take the call by February 2017.

“The idea is to assess myself how badly I want to play cricket. I think in this one month I will make my decision to quit or at least give a certain date. I could easily have quit after England series in UAE [in November 2015] but that wasn’t the right way. You sometime don’t see your own achievements and personal gains. You also have to think about the team you have built, you have to see where it stands at a certain stage. Otherwise it was easy for me to retire after taking Pakistan to number one,” he was quoted saying by ESPNCricinfo. Misbah-ul-Haq: Worst phase in Pakistan cricket since I took over as captain

“I don’t really think about my personal gains and I knew I had more to lose from Australia and New Zealand, bbut I think that wasn’t a right way to think about. I had to stand there and give youngsters a message that you have to face the music in tough situations, face the challenge. That was my thinking behind and I am sure [critics] will come up with another narrative to disagree with me. No matter that you lose, but accept the challenge. Don’t run off. And at least give them [youngsters] the encouragement, stand behind them,” he added. Pakistani cricketers need more exposure in Australia, asserts Misbah-ul-Haq

“In the middle order where I bat, it is important for me to bring stability whatever the situation. If we are four down then being an experienced batsman I should go and anchor partnerships and try to rebuild. The idea always is to take the team to a respectable total on which our bowlers can give a fight. But I feel angry when former players who have played the game at highest level, whose understanding about the game is even better than mine, still target my batting,” he continued.

“It’s very important to think about how badly you want to play cricket and what your priorities are for cricket. If you are 19 or 20 and you are not doing enough on fitness, your priorities are not right, you are not performing then you should leave. In fact you should be kicked out. It’s very simple. Someone over 35 or 40, if he is physically fit, he can bring much benefit to the team because at this age you are mentally very strong, you have all the experience, temperament and exposure. So it’s all about what your priorities are, what your mindset and passion for the game is,” he concluded. 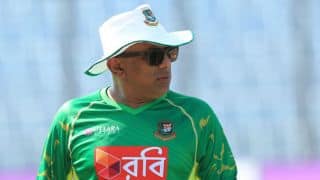 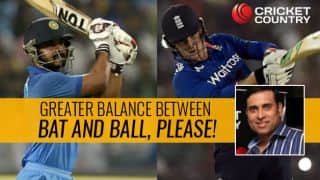