Misbah-ul-Haq: Melbourne poses big challenge for both batsmen and bowlers

Misbah-ul-Haq: Melbourne poses big challenge for both batsmen and bowlers

Misbah-ul-Haq hinted Sunday that Sohail Khan may come in to break up Pakistan's three-man left-arm pace attack in the 2nd Boxing Day Test against Australia in Melbourne.

Melbourne: Skipper Misbah-ul-Haq hinted Sunday that Sohail Khan may come in to break up Pakistan‘s three-man left-arm pace attack in the second Boxing Day Test against Australia in Melbourne. The tourists are not expected to tinker with their batting after a heroic effort which took them within 40 runs of what would have been a world record win in last week’s Brisbane series-opener. But there was speculation that Rahat Ali, who took two wickets in Brisbane, could make way for one of the right-arm pacemen – either Sohail or Imran Khan. Pakistan s three-man left-arm pace attack was criticised at the Gabba for being one-dimensional and lacking variety.

Misbah, whose team must win the Melbourne Cricket Ground Test to set up a decider in Sydney in the New Year, was giving little away team-wise but praised Sohail’s work ethic. “Sohail is working hard and he is the guy who gave us five-fors in the previous matches and that s what we look for when he plays,” he told reporters on Sunday. He bowls the new ball very well and if he gets you two or three wickets with the new ball it is always helpful for you. He is also good with the reverse swing. Obviously he knows that he needs to be good in the later spells because you have to bowl at least 20 overs a day so he is working hard. We are hoping that he will be okay.

Misbah said Pakistan’s bowling had been as much of a problem as their batting on recent tours of Australia. But he is hopeful for a big response from both his batsmen and bowlers at the MCG. It s not just a challenge for the batsmen. It s a challenge for the bowlers as well,” he said. The conditions are totally different here, especially for the Asian teams.”

As a bowler you need to adjust to these conditions, otherwise you are giving away too many runs and leaking too many boundaries and not putting any sort of pressure on the opposition. You need to be very precise with your lines and lengths in Australia because of the true bounce and pace. That s important for us as a bowling unit.”

To get 20 wickets is always a challenge. But we know and are sure about the bowling combination that we will have tomorrow. We are clear about our strategy. Misbah said spirits were high in the Pakistan camp after they almost pulled off an epic come-from-behind victory in Brisbane, posting a massive fourth-innings total of 450. 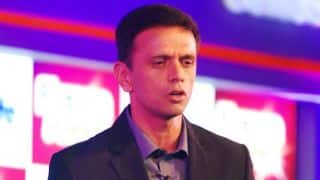