Pakistan skipper Misbah-ul-Haq has said his side will not be intimidated by England's number one Test status when the two teams square off against each other in the upcoming series in Dubai. 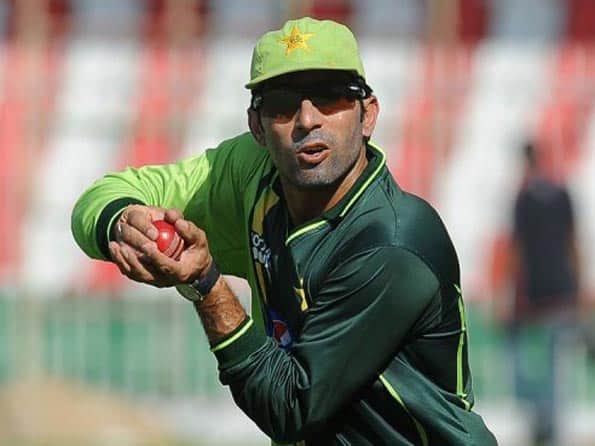 Pakistan skipper Misbah-ul-Haq has said his side will not be intimidated by England’s number one Test status when the two teams square off against each other in the upcoming series in Dubai.

“England deserve credit and respect for having attained the number one Test ranking but it does not mean we are going to be intimidated by their reputation,” Misbah told a media conference last night.

“Once we are on the field we will just give our 100 per cent and we know that every match is a new match so we will play tough cricket and hope for the best results,” he said.

The 37-year-old batsman said the spot-fixing scandal that tarnished the image of the Pakistan cricket will not be on the minds of his players.

“I think that chapter is now behind us and it is no longer on our minds. It is history. The focus will be on cricket as it will be a tough series and players will be concentrating on their performances and playing hard,” he said.

Misbah, while responding to criticism about his defensive captaincy and batting, said, “I think it’s better to win matches through a defensive approach rather than playing attacking cricket and then ending up losing.”

He said that Pakistan have a slight edge over England because of the home advantage.

“We have played in the UAE before so we have become used to the venues there.”

Misbah said that conditions in Dubai and Abu Dhabi would be difficult for bowlers and batsmen alike.

“If you look at the conditions in the UAE, it’s difficult for bowlers to take wickets, it’s also difficult for batsmen to score runs because of the slow pitches where the ball doesn’t come onto the bat. It will be a challenge for both the teams. England is a thoroughly professional team, and we have to put in real hard work to score runs against them,” he said. (PTI)