Both Mani and Wasim are said to be very keen to have Misbah work as both head coach and chief selector as they feel he is the right man to handle the dual responsibility.

Pakistan’s most successful Test captain Misbah-ul-Haq on Wednesday confirmed that he has not yet applied for the position of head coach with the national team.

Talking to the media in Lahore where he is supervising the pre-season conditioning camp of the Pakistan team probables, Misbah said he had only agreed to be camp commandant as he wanted to help the players prepare for the upcoming international and domestic season.

“I know these players, I have played with them, I know the requirements of domestic and international cricket. I know what sort of preparations are required so if I can help them why not,” Misbah said.

The 44-year old said he had not decided as yet if he would apply for the position of head coach. “As yet I have not applied for the head coach position and obviously the day I do I will first resign as the member of the Cricket Committee,” Misbah said.

The Chairman of the board Ehsan Mani decided against renewing the contracts of outgoing head coach, Mickey Arthur and his support staff earlier this month on the recommendations of the Cricket Committee which also includes former skipper Wasim Akram and is headed by Pakistan Cricket Board (PCB) CEO Wasim Khan.

Both Mani and Wasim are said to be very keen to have Misbah work as both head coach and chief selector as they feel he is the right man to handle the dual responsibility.

After the ICC Cricket World Cup 2019, Inzamam-ul-Haq also decided against seeking a renewal of his contract as chief selector. Misbah, who retired from international cricket in 2017 after a successful career as captain and batsman, said it was up to the board to decide whether to have separate captains for red and white ball formats.

“I look at this way there is no harm in having separate captains or just one captain, everything depends on how the board looks at things,” he said. 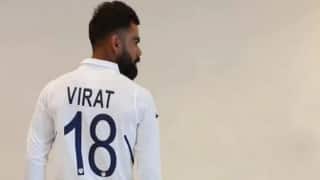 Don’t see why it’s a problem: Indian players share their views on Test jerseys with names and numbers 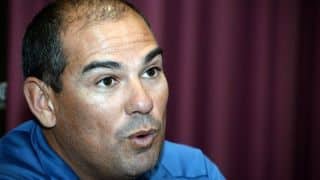