Pakistan have announced their 17-man Test squad for the upcoming tour to England, with Misbah-ul-Haq leading the team. The teams for the ODI’s and T20I’s will be announced later. Mohammad Amir has also been selected in the squad, marking his first Test assignment after he returned back from international suspension. Pakistan will play four Test’s, 5 ODI’s and a solitary T20I in what will be Mickey Arthur’s first tour as the team’s coach. Arthur came in for Waqar Younis, after the latter stepped down from his post following poor displays from the team in the Asia Cup 2016 and ICC T20 World Cup 2016. ALSO READ: Mohammad Yousuf: England tour will test Pakistan batsmen

Pakistan will also avail the services of leg-spinner Yasir Shah, who returns back from three month suspension handed to him by ICC. Shah was found guilty after he was tested positive for a banned substance. The suspension meant he missed the Asia Cup 2016 as well as the ICC T20 World Cup 2016.

England will be high on confidence coming into the series. In their ongoing series against Sri Lanka, they managed to beat them hands down in the first two Test’s to take an unassailable 2-0 lead. A further three wins from next five Test’s would mean England climbing upto No.2 in ICC Test rankings, with only Australia ahead of them.

This will be Pakistan’s first tour to England since 2010. The last time, England won the four Test match series 2-1, and followed it up with a 2-0 win in T20I matches and 3-2 win in ODI. But recent history ticks in favor of Pakistan, who somewhat surprisingly beat England last year. Pakistan beat them comfortably 2-0 in the Test series in UAE. The first match was a draw, but Pakistan beat them the next two matches in convincing fashion. 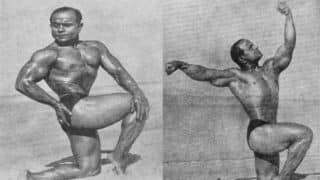