"I’m happy to have no DRS – cricket worked pretty well without it for over 100 years," says Mitchell Johnson on the controversial DRS.

Former Australian spearhead Mitchell Johnson has given into the Decision Review System (DRS) debate. Johnson had come out in support of doing away with the controversial DRS completely. Johnson had retired from international cricket last November, says that unless the accuracy of the technology used is DRS is fool-proof it should be scrapped and on-field umpires should have the final say.“In my mind, we need to decide if we want to use technology properly or not use it at all,” he said. “To be honest, I’d be happy if they left everything to the on-field umpires”. “I’m happy to have no DRS – cricket worked pretty well without it for over 100 years. I tend to agree with India’s perspective on the DRS debate – it’s either got to be spot on, or not used at all,’ Johnson explained. ALSO READ: Mitchell Johnson: Watching cricket on TV a different feeling

Johnson stated in a column for News Corp felt that “If we can make sure that technology is used to get the right decision every time, then that’s great. But until then, I’m not so sure.” Recently Australia’s Adam Voges was in much news following his double century, after his wicket was denied due to an incorrect decision of a no-ball call that went Adam Voges’ way in the first Test against New Zealand.“It worked out pretty well for ‘Vogesy’ and I’m really happy for him but as a bowler, I can tell you it’s very annoying when I see that stuff happen,” he wrote on the issue.

Johnson says, “Bowlers are checked for a no-ball almost every time they take a wicket, so it’s a bit strange that it can’t work the other way. Surely the third umpire could intervene?”. Mitchell Johnson who after a retiring will play in the Indian Premier League 2016 for Kings XI Punjab feels that he still is pretty amazed on the level of bowling he still has in himself.

“Just this week, I shook off the cobwebs by having a bowl in the nets and I was pleased to discover that I still had the competitive edge in me,” Johnson noted.

“I’ll get into more bowling over the coming weeks but seeing as I haven’t played any cricket for a while, I’m really just testing the waters at the moment. In Twenty20 you only need to bowl four overs per match, so I figure as long as I’m fit and strong, then the bowling side of things will be fine,” Johnson concluded. 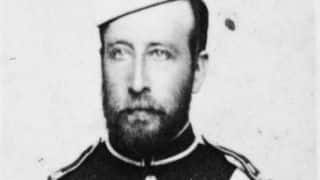