Kent concede a lead of 241 against Australians.

Fast bowler Mitchell Johnson continued to look in good form as Australia strengthened their grip on Kent in their Ashes tour opener at Canterbury on Saturday. Kent were dismissed for 280 all out in reply to Australia’s first innings 507 for eight declared— a deficit of 227 runs—on the stroke of lunch on the third day of four. READ: Rob Key feels playing Australia is excellent learning experience for Kent

Left-arm fast bowler Johnson, who took three wickets on Friday, finished with figures of four for 56 in 18 lively overs. Kent, bottom of the Second Division of the County Championship, resumed on 203 for five. Sam Billings was 24 not out and Adam Ball 21 not out following ex-England batsman Rob Key’s 87 on Friday.

Johnson had been the pick of Australia’s attack in taking three wickets that belied the docile nature of the pitch.

But it was fellow quick Ryan Harris, bidding to force his way into Ashes-holders Australia’s attack for the first Test against England in Cardiff starting on July 8, who struck the first blow Saturday when he had Billings caught behind with a rising delivery after the England one-day international batsman failed to add to his overnight score.  READ: Alastair Cook: Ashes 2015 win would by my ‘best achievement’

Ball, however, took the attack to Australia to the delight of another large and sun-drenched crowd at the Spitfire St Lawrence ground. A swivel pull for four off Peter Siddle was followed next ball by an off-driven boundary off the fast bowler. Ball also struck Harris for an elegant four through the covers.

But on 45, possibly carried away by his success, Ball hooked Harris (two for 51) to Siddle at deep square leg. It was the end of a 70-ball innings, including six fours, with Kent now 234 for seven. Australia-born but England-qualified Mitchell Claydon, dropped on nine by diving wicket-keeper Brad Haddin off Siddle, then fell for 10 when medium-pacer Mitchell Marsh held a sharp caught and bowled chance.

Kent lost their ninth wicket on 255 when Adam Riley (nine) was beaten for pace by Johnson and bowled off stump. Tailenders Matt Hunn (18 not out) and Ivan Thomas (13) hung in against Australia’s spinners before the latter was caught at mid-on off leg-break bowler Fawad Ahmed. READ: Ashes 2015: Steven Smith scores century against Kent in warm-up tie 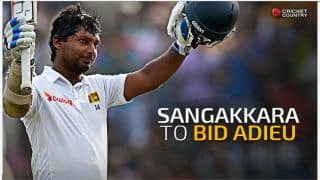 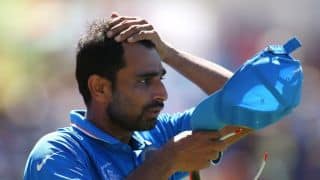 MS Dhoni, Virat Kohli have no problem with each other: Mohammed Shami