After having to wait for his turn to come up entire summer, Australian pacer Mitchell Marsh is finally showing some talents through his bowling

After having to wait for his turn to come up entire summer, Australian pacer Mitchell Marsh is finally showing some talents through his bowling. With paceman Peter Siddle hampered by an ankle injury, Marsh stepped up to take 4-61 to help close out victory in the second Test against West Indies on Tuesday at Melbourne Cricket Ground (MCG) pitch offering little for bowlers. Marsh was applauded by his team mates at the dressing room as he prevented his team to move the game to the fifth day and managed to finish it off on the fourth day. ALSO READ: Nathan Lyon and Mitchell Marsh lead Australia to big series win

The 24-year-old’s bowling speed has left many selectors and colleagues awestruck. The speed gun clocked some of his deliveries at over 140 kph. As reported on IbnLive, Australia coach Darren Lehmann remarked that Marsh could shape as a de facto third seamer for the third and final test at the Sydney Cricket Ground if selectors picked two spinners. “It’s quite flattering to hear that, but the biggest thing for me is just playing my role,” Marsh told reporters in Melbourne. “Over the last 18 months I’ve worked really hard with (bowling coach) Craig McDermott to try and get a few extra K’s (kph) on my bowling and certainly over the last few months I’ve felt like I’m just getting a bit faster and faster in every game that I play.”

“Obviously the more I bowl the more I’m learning about my body and how far I can go. Hopefully I’ve set the tone now for the rest of the summer.” Having succeeded Shane Watson as Australia’s first-choice all-rounder, Marsh has been more than just a handy option to tie up an end, taking wickets in all five tests of the home summer. Although with the bat, he has not managed present much. In the first test in Hobart, he waited an eternity for West Indies’ bowlers to break a record 449-run stand between Adam Voges and his brother Shaun Marsh before getting his chance. ALSO READ: Mark Waugh: Peter Nevill deserves to bat above Mitchell Marsh for Australia vs West Indies Test match

He then scored one run before his captain Steven Smith declared. Another declaration denied him a bat in the first innings in Melbourne, though he scored an unbeaten 18 in the second after Smith generously promoted him up the order. “I’ve certainly had a bit of pad rash the last couple of games but I play the game to enjoy team success,” said Marsh. “So if I get an opportunity I’ll be able to take it in the next test but I don’t mind if the blokes keep piling on the runs.” 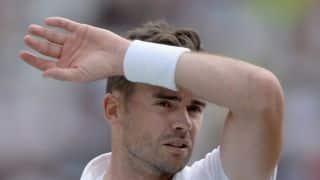 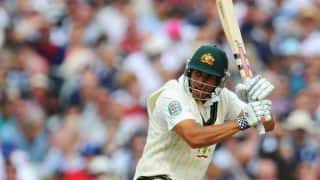