The duo added a 371-run partnership for the seventh wicket against India A.

A record 371-run partnership between Mitchell Marsh and Sam Whiteman rescued Australia A from the brink of a collapse to 522 for nine at stumps on Day Three of their four-day match against India A at the Allan Border Field in Brisbane on Tuesday.

The Western Australia teammates came together on Monday evening with the hosts reeling at 99 for six and resumed play on Tuesday at 126 for six. The partnership ended at 470 for seven, having set the second-highest partnership for the seventh wicket in First-Class cricket history.

With India A declaring at 475 for nine and ending Day Two with the home team down at 126 for six, the visitors were in total command of the match before Marsh and Whiteman changed the course.

The pair batted through the first two sessions without losing a wicket as they continued Australia A’s rescue mission and recording their own personal milestones.

Wicketkeeper-batsman Whiteman raised his bat for his maiden first class century before finally departing for 174 off the spin of Karun Nair. He hammered 26 boundaries and a six in his 278-ball knock.

Right-handed batsman Marsh celebrated his first double-ton in style, smashing a six to bring up the milestone. He was eventually run out for 211 with only five overs remaining in the day. The 22-year-old smashed a remarkable 21 boundaries and 10 sixes in his 294-ball innings.

Ben Cutting wasted no time adding to the home side’s total. He hit the first ball for a boundary and scored 11 from 14 balls before being bowled by Jasprit Bumrah.

At the close of play, Australia A were on 522 for nine with Cameron Boyce (16 not out) and Chadd Sayers (three not out) at the crease. 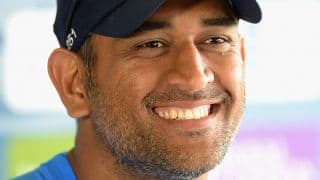 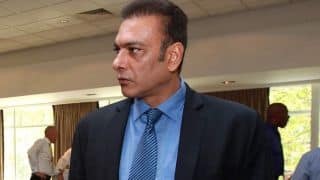 Ravi Shastri: BCCI not opposed to DRS; want technology to be consistent