Mitchell Marsh’s heroics in the last over of the fourth match of the ongoing Champions League Twenty20 tournament between Group A sides Perth Scorchers and Dolphins helped secure a thrilling six-wicket victory off the last ball of the match.

Chasing a target of 165 runs, the Scorchers were left needing 16 runs off the last over. Dolphins skipper Morne van Wyk handed the ball to Robbie Frylinck with the hope of the latter displaying some disciplined death-bowling to secure a win for the South African side. The first ball of the over was a well-aimed yorker that was sent towards long-on by Marsh. The next ball left the Scorchers crestfallen as Ashton Agar was dismissed after he was caught by Craig Alexander at short fine leg.

In came Ashton Turner with the pressure mounting more than ever on the Australian outfit. The third delivery was another yorker which was sent towards deep square leg and resulted in a couple of runs. The fourth delivery saw Turner running down the track to send the ball down to long-on for a single.

12 runs from two deliveries seemed like near impossible given the rate at which Frylinck was firing yorkers. For Marsh, it was a do-or-die situation and he took on the situation with calm nerves. What happened in the next couple of deliveries is something that the Mohali spectators will remember for a long time. Two full tosses. Two sixes! The sight of a jubilant Marsh and the victorious Scorchers running down the track is perhaps the highlight of the tournament so far.

Marsh finished at an individual score of 40 from 26 balls that earned him a well-deserved man-of-the-match award. For Frylinck, it was an occasion to forget as he will be left pondering over his choice of deliveries and his length during the final deliveries that cost his side the match. The last two ball may well have an impact on the psyche of the teams involved for the remainder of the tournament and the losing side must not let the defeat sink deep into their minds. 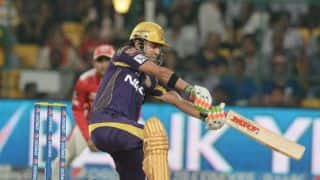 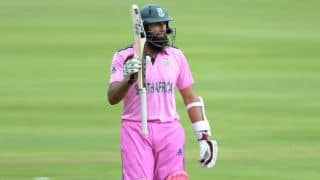 Cape Cobras vs Hobart Hurricanes CLT20 Match 6 at Hyderabad Preview: Both teams will want to open their account