Jhulan Goswami revealed how she stole money from her father to buy a ball.

Mandhana revealed that she used to be a mischievous kid, and used to break household stuff while playing cricket. Coming from the fastest half-centurion in T20Is, it did not come as a surprise. However, what startled everyone was when Mithali and Veda failed to answer which IPL team has an animal etched in the name. The audience later suggested Gujarat Lions as the correct option.

When Bachchan asked about Mithali’s traits to Veda, the latter revealed that Captain Cool at times can be strict. Veda narrated how Mithali once refused to stop reading a book while she, along with Mona Meshram, were playing loud music in the dressing-room (“how…?”).

In a series of anecdotes, Jhulan revealed that she once stole money from her father to buy a ball. She also made it clear that cricket is a sport equally made for men and women.

In all, the ladies earned INR 6,40,000 before the hooter buzzed. The prize money will go to a Hyderabad charity. 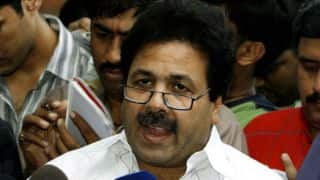