Smriti Mandhana has also made a significant jump in the rankings.

India captain Mithali Raj has retained the top spot in the latest International Cricket Council (ICC) women’s One-Day International (ODI) rankings for batswomen. Mithali maintained her reign on the top with scores of 34 and 30, respectively, to be the second-highest run-scorer for her side in the series India lost 0-2 in England. Her teammate Smriti Mandhana is the biggest mover on the table, jumping 23 places to a career-high 40th, following her knocks of 32 and 74.

England captain Charlotte Edwards has jumped five places to second position after leading her side to a thumping victory over India in the opening round of the ICC Women’s Championship. In the bowlers’ rankings, England’s Jenny Gunn has moved up to two places to second, her highest ranking to date, after claiming five victims in two matches at an economy rate of 2.95. Gunn has also moved up one place to fourth on the all-rounder list.

Other players moving in the right direction include India’s Rajeshwari Gayakwad, the second highest wicket-taker of the series who has risen 37 spots to reach a career-best ranking of 48th after claiming four wickets for 42 runs. 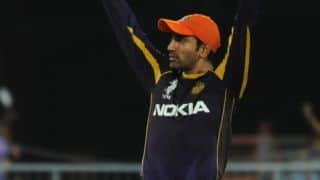 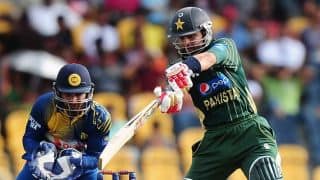 Sri Lanka vs Pakistan 2014, 2nd ODI, at Hambantota: Pakistan are off to a flier