Dubai: It was not just Virat Kohli who soared to the top spot in ICC ODI batting rankings, but India Women’s captain Mithali Raj too moved up one place to occupy the number one spot in the latest ICC ODI rankings for batters.

Ellyse Perry of Australia and Amy Satterthwaite of New Zealand also jumped one place each to be at second and third spots while Meg Lanning of Australia has dropped from first to fourth after missing the series against England due to injury. Mithali has 753 points, while Perry and Satterthwaite are on 725 and 720 points respectively.

Meanwhile, defending champion Australia’s 2-1 victory over England in the ICC Women’s Championship series has not only helped them garner four useful points but also regain the top spot in the women’s team rankings.

Teams get two points for each win, one point for a tie or no-result and no points for a loss in the ICC Women’s Championship, which will see ICC Women’s World Cup 2021 hosts New Zealand and the three other top teams gain direct qualification to the pinnacle women’s 50-over event.

The remaining four sides will get a second chance through the ICC Women’s World Cup Qualifier event. India, New Zealand, Pakistan, South Africa, Sri Lanka and the West Indies are the other sides in the ICC Women’s Championship, which runs till 2020. 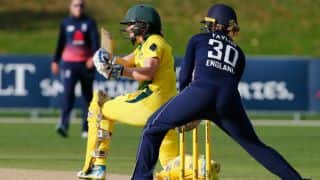 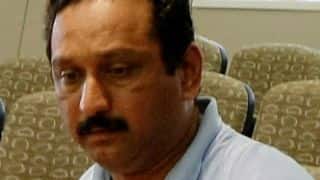