Moeen is due to begin a spell with Multan Sultans in the Pakistan Super League this week, having turned down a spot on England's upcoming tour of Sri Lanka.

England all-rounder Moeen Ali has been named captain of the Birmingham Phoenix team for the opening season of The Hundred. “Every time that I come to Edgbaston it takes me back to some great first memories of coming here at a very young age,” said Moeen, who captained Worcestershire to the T20 Blast title in 2018 and last year’s runners-up position.

“I grew up in this area and to be the first men’s captain of Birmingham Phoenix in a new and inclusive competition that will reach out to communities and welcome them in is very special for me,” he told The Guardian on Tuesday.

“We’re a tight-knit city in Birmingham. We have so much around us that brings the people together, no matter who you are or your background. I know how much of a uniting game cricket is and as a leader of the Birmingham Phoenix that is something I definitely want to promote,” he added.

Moeen is due to begin a spell with Multan Sultans in the Pakistan Super League this week, having turned down a spot on England’s upcoming tour of Sri Lanka, and will then spend the early part of the home summer playing in the Indian Premier League. 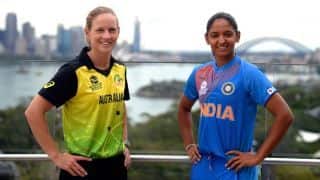