In an interview with The Times, Moeen said that Australia is the only opposition he has not liked.

Moeen Ali, the England allrounder, has termed the 2015 Australian team that toured England for the Ashes as “rude” and “disrespectful and said that he has no sympathy for the banned trio of former skipper Steven Smith, former vice-captain David Warner and Test opener Cameron Bancroft.

In an interview with The Times, Moeen said that Australia is the only opposition he has not liked.

“Everyone you speak to . . . they are the only team I’ve played against my whole life that I’ve actually disliked,” said Moeen. “Not because it’s Australia and they are the old enemy but because of the way they carry on and (their) disrespect of people and players.”

Asked about his feelings on Smith, Warner and Bancroft being banned for their roles in the ball-tampering controversy that erupted at Newlands in March, Moeen said he had no sympathy but did notice a marked difference when he played Tim Paine s side at home this summer for an ODI series that England won 5-0.

“I’m someone who generally feels sorry for people when things go wrong but it’s difficult to feel sorry for them,” he said. “This ODI series they were very good actually; they d been . . . Humbled? Yeah, humbled.

“The first game I ever played against them, in Sydney, just before the 2015 World Cup, they were not just going hard at you, they were almost abusing you. That was the first time it hit me. I gave them the benefit of the doubt, but the more I played against them they were just as bad, the Ashes here (in 2015) they were worse actually. Not intimidating, just rude. Individually they are fine and the Aussies we’ve had at Worcester have been fantastic, lovely guys.”

Moeen, 31, endured a very tough Ashes tour in 2017-18, scoring 179 runs at 19.88 and managing five wickets at 115 apiece, during which time he was dismissed by the off spinner Nathan Lyon seven times nine innings. Moeen went with England to New Zealand, but after making 0 and 29 at Auckland he was dropped from the side for the first time in 50 Tests and did not return until last month, when he was Man of the Match at Southampton as England sealed their first series win since September 2017.

Reflecting on his poor Ashes in a 0-4 loss, Moeen said it had been tough to handle the pressure of touring Australia.

“I found it very difficult in Australia to switch off,” he said. “It was my first Ashes tour and I was desperate to do well and was really looking forward to it. I worked so hard on the short ball before the series began, maybe too hard. Then Lyon kept getting me out. I found that very hard to deal with. I never thought that I was a poor player of spin but I really struggled against him. I wasn’t getting any wickets either. Things just got tougher and tougher.” 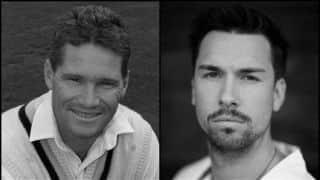 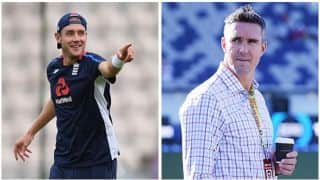 I would have dropped Stuart Broad last winter: Kevin Pietersen