The southpaw limped off after bowling just 10 overs leaving his team Omar Associates in a tight position.

Karachi: The Pakistan Cricket Board (PCB) has advised banned left arm pacer Mohammad Aamer to control his interaction with the media since he is still serving a five year ban for spot fixing from the ICC.

A reliable source in the board said that the PCB had advised Aamir against regularly giving interviews in the press or appearing in the electronic media.

“The board has pointed out he should curtail his media interaction since he is still serving a five year ban for spot fixing and any slip of tongue or controversial comments could land him into trouble,” the source said.

Aamir was due to appear on a Pakistani private channel on Sunday but the PCB advised him at the last moment to cancel his appearance.

The pacer who has been given special permission by the International Cricket Council to play domestic cricket before his ban ends in September pulled a hamstring during the final of the Grade-2 Championship on Monday at the national stadium in Karachi.

The southpaw limped off after bowling just 10 overs leaving his team Omar Associates in a tight position.

Omar Associates, for whom Aamir has taken 22 wickets in four matches in the non-first class tournament, conceded the first innings lead to Karachi Port Trust on the second day of the four-day final.

The team manager said the injury to Aamir was not a serious one and he was receiving treatment for it. But he said it was premature to guess if Aamir would be able to bowl again in the match.

Aamir scored a half-century in the first innings to rescue his team from a precarious position but couldn’t take a wicket in his 10 overs.

The youngster who celebrated his 23rd birthday on Monday as well has said he is only focusing on regaining his best form and fitness before the start of the first class season this year. 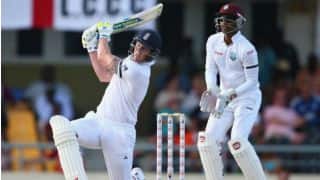