Aamer who was found guilty for fixing in 2010, also suggested that match-fixers should be banned for life.

Karachi: Pakistan’s Mohammad Aamer has admitted that he fells terribly lucky to have got a chance to return in Test cricket. He also suggested that match-fixers should be banned for life as he prepares to return to Test cricket at Lord’s, where an infamous 2010 spot-fixing scandal landed him a jail term and a five-year ban. The fast bowler backed comments from England captain Alastair Cook, who said anyone caught match-fixing should be thrown out of the sport for good. “If fixing is still happening then it’s really alarming,” Aamer said in an interview before his departure for the four-Test tour of England. “I fully back that fixers should be banned for life.” READ: Alastair Cook to work towards facing left-arm pacers vs Pakistan

The 24-year-old left-armer can expect a cool reception from fans at Lord’s, where he was caught bowling no-balls to order in a sting operation carried out by a tabloid newspaper. But Cook said earlier this month that he had no problem playing against Aamer, who has served his ban and returned to international cricket in January.

Aamer and new-ball partner Mohammad Asif bowled no-balls to order on the instructions of their captain Salman Butt. All three received five-year bans and, together with sports agent Mazhar Majeed, jail terms. Since his ban expired, Aamer has played only limited-overs matches,but now he will come full circle with a Test return at Lord’s — a twist of fate that he called a “blessing”.

“To be honest I never thought about my comeback and I feel seriously lucky to be back in the role to play Test cricket again. I was all excited for Test cricket because that is where my career was held back and I still can’t believe that this is happening. You call it a coincidence or whatever but for me it’s a blessing that I am restarting (Tests) right at Lord’s from where I stopped in 2010,” he said.

Aamer’s pace and wicket-taking ability make him an automatic choice for the Test series opener from July 14, when he hopes to be able to put his past behind him.

“I may have registered my comeback months ago but Test cricket is actual cricket, and playing it again is what I was looking forward to and this is my real comeback. I won’t say that I have forgotten my past and those incidents won’t come back to haunt me, but I am looking at it positively as I want to replace the past with a better future,” Aamer said. 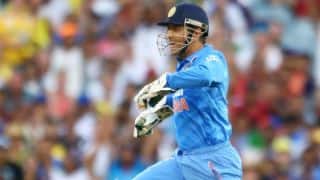