Akram has suggested Aamer to brush aside all the expected taunts from the English fans in order to sparkle for Pakistan.

Pakistan legend Wasim Akram says expected hostility from England fans will not deter convicted spot-fixer Mohammad Aamer from leading his country’s bowling attack when he returns to the scene of his crime at Lord’s next week. The 24-year-old, once considered among the sport’s hottest young prospects, is expected to make his Test comeback at the home of cricket on July 14 six years after bowling deliberate no-balls as part of a betting scam that resulted in a jail term and lengthy ban. FULL CRICKET SCORECARD: England vs Pakistan, 1st Test match at Lords

Wasim, who was a key part of Pakistan’s three Test series wins in England in 1987, 1992 and 1996, said his fellow left-arm paceman has what it takes to sparkle on the field and should brush aside expected taunts. “It won’t be easy for him,” the 50-year-old told AFP on Monday.

“My advice to him will be to enjoy the game, he has got pace and skill so go out and try to do his best.” He added that Aamer could form a deadly partnership with leg-spinner Yasir Shah, Pakistan’s highest ranked bowler who is returning from a doping ban.

“Aamer can be the leader of the pack which also has a quality leg-spinner Yasir Shah. I think if Shah is fit he can be the trump card in a varied bowling attack,” said Wasim, who in his own playing days often paired up with spinners Mushtaq Ahmed and Saqlain Mushtaq with devastating effect.

Aamer has already made a steady comeback in limited-overs cricket but English captain Alastair Cook has warned “there will be a reaction” from fans at Lord’s if he is picked.

While Pakistan dominated England during Wasim’s heyday in the 1990s, the balance of power has since shifted back to the game’s inventors, particularly in their home conditions. Wasim acknowledged England held the edge, and said Pakistan’s best hope was to match their aggressive approach blow for blow.

He said: “England have shown remarkable confidence in the last 18 months, beating South Africa in South Africa, qualifying for the final of the World Twenty20 and winning against Sri Lanka, so they will be tough to beat. For me the only way is to do ‘tit for tat’ in all departments of the game if you want to beat them.”

Pakistan’s batting line-up, with its over-reliance on veterans Younis Khan and Misbah-ul-Haq, both in the twilight of their careers, would be their biggest concern. It will be a tough ask for Pakistan batsmen. I don’t buy the opinion that July and August will be dry so the pitches will be easier, no, there will be difficulties for batsmen as the Duke ball swings more and the edges carry to the slips,” Wasim added. 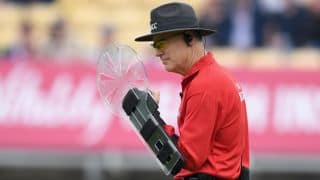 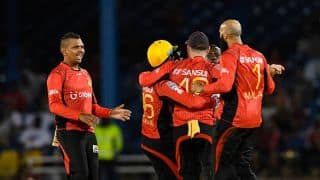