Mohammad Aamer has had some of the greatest and undoubtedly the worst days of his career in England sometimes during the very same match.

Mohammad Aamer has had some of the greatest and undoubtedly the worst days of his career in England sometimes during the very same match.

But fresh from helping bowl Pakistan to a crushing nine-wicket win over England in the first Test at Lord’s, the left-arm paceman hopes he can enjoy the “best memory” with a series win in the second and final Test at Headingley, starting Friday.

Aamer, who burst on the world scene as a teenager, got his name on the Lord’s honours board with a six-wicket haul against England in 2010.

But in the same game at the ‘home of cricket’, Aamer was caught up in a spot-fixing scandal at the which led to a jail sentence and a five-year ban.

That same season, Aamer took three wickets for 20 runs in 11 overs at Headingley during a sensational bowling display as an Australia side featuring Ricky Ponting, Michael Clarke, Michael Hussey and Steven Smith were dismissed for just 88 in the first innings of the second ‘neutral’ Test.

The match, which Pakistan eventually won by three wickets, saw Aamer stake a claim to ‘The Ball of the 21st Century’ when an all-but-unplayable delivery that pitched on the middle-and-leg stump of Mitchell Johnson seamed away late to clip the top of the left-hander’s off-stump.

Aamer, who helped Essex win the English County Championship last season when he also starred in Pakistan’s outstanding one-day Champions Trophy final victory over arch-rivals India at The Oval, has rarely hit those Headingley heights in Test cricket since his return to the international stage two years ago.

Aamer, however, took five wickets — including four for 36 in the second innings — as Pakistan outclassed England in all areas to win inside four days at Lord’s on Sunday.

“It’s a big achievement winning in Test cricket in England against England at home,” Aamer said on Wednesday.

“If we win the series I think it will be the best memory of my life,” the swing bowler added.

Pakistan will be forced into a change, with Fakhar Zaman set to replace Babar Azam after his fellow batsman suffered a broken arm facing all-rounder Ben Stokes at Lord’s.

England have recalled opener Keaton Jennings in place of the dropped Mark Stoneman, who managed just 13 runs in total at Lord’s.

“You will only get judged on the amount of runs you score,” said Jennings, one of Alastair Cook’s 12 opening partners in the six years since Andrew Strauss’s retirement.

England made a late addition to their squad, with uncapped left-arm seamer Sam Curran called up Wednesday after Stokes suffered a hamstring strain.

Regardless of Stokes’s fitness, England may recall all-rounder Chris Woakes, if only to bolster their fallible batting, in place of fast bowler Mark Wood.

Despite their lamentable Lord’s showing, James Anderson insisted England could bounce back by squaring the series at the Yorkshire home ground of captain Joe Root.

The team received a barrage of criticism after Lord’s but Anderson, England’s all-time leading Test wicket-taker, said: “The outside noise is always there, and it’s a bit louder when you perform badly.

“We’ll try to block out the noise from whoever is shouting out,” he added, suggesting a “bit of a luck” may be all England need to improve on a run of six defeats in their last eight Tests.

If England are seeking inspiration, they could look to the Headingley example of the West Indies.

Last year, the tourists suffered a humiliating innings and 209-run defeat by England in the first Test at Edgbaston, only to enjoy a five-wicket victory in the second Test as Shai Hope became the first batsman to score hundreds in both innings of a first-class match at Headingley.

England, though, might settle for one century by any member of their faltering top order, let alone two, right now. 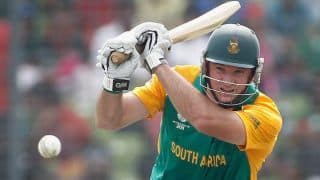 Graeme Smith: I don't think T20s should be played at international level 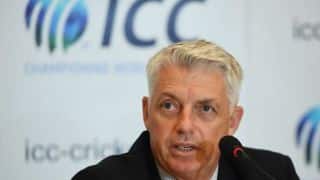