Mohammad Aamer will not be eligible to play in next year's World Cup.

The banned Pakistan fast bowler Mohammad Aamer will not be eligible to play in next year’s World Cup even if he returns early to domestic cricket, the Pakistan Cricket Board (PCB) has said.

Chief operating officer, Subhan Ahmed told PTI that PCB was not hopeful about the International Cricket Council (ICC) clearing the pacer to play international cricket until he completed his five-year ban, which would end around August 2015.

“What we have tried to convince the ICC to do is to allow him to be back into domestic cricket by reviewing his ban period so that he is ready when the times comes for him to play international cricket,” Ahmad said.

The PCB Chairman Najam Sethi announced at a press conference that he was confident the youngster could be playing first-class cricket later this year once the ICC enforced its amended anti-corruption laws in June.

“Once the amended laws come into force on the recommendations of the special committee formed by the ICC to review existing laws then Aamer could have one year of his ban period reduced so that he can get back into domestic cricket this year,” he added.

Aamer was 18 when the spot-fixing scandal broke out while Pakistan was touring England in August, 2010 which eventually led to the imposement of bans on Aamer and his senior teammates — Salman Butt and Mohammad Asif.

The PCB has pleaded with the ICC to review the five year ban on the pacer on the basis of his age factor.

Ahmad said the idea behind the amended laws was that it will facilitate a quicker return to international cricket for players serving long-term bans.

The idea behind the move is to help the player get ready to play competitive cricket as soon as the ban period is over rather than wait for the ban to end before he can start training.

The PCB official stated that indications were that the ICC would want Aamer to complete his five-year ban from international cricket, which ruled him out of the World Cup in Australia and New Zealand.

Aamer told Geo Super that he was not thinking about when exactly he would be able to resume playing cricket.

“For me that is not important now because I believe when God clears me to play then no one can stop me from playing.

But for me it is good enough that the PCB Chairman has done so much to raise my issue in the ICC,” Aamer said. 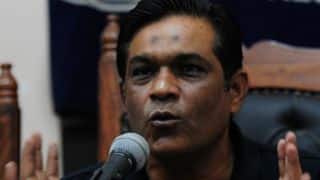 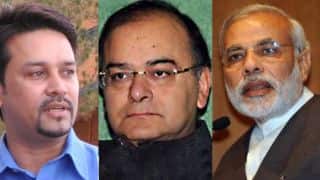