PCB Chairman Shahryar Khan says the board cannot decide unless Aamer got cleared by ICC.

The Pakistan Cricket Board (PCB) chairman Shaharyar Khan has made it clear that he would seek proper feedback before taking any decision on banned pacer Mohammad Aamer‘s return to the national team.

The PCB chief moved to play down the impression that the Board had taken a final decision to quickly get Aamir back into the national team.
“Right now we don’t even know when the ICC will relax Aamir’s ban to allow him to resume playing domestic cricket before his five year ban ends in 2015,” Khan said.

The PCB chief said the Board would give a clear signal to the selectors to consider the left-arm pacer for the national team again once it is convinced that the youngster has truly reformed himself and has learnt from his ban.

“People are assuming he will be playing domestic cricket soon and will be back into the Pakistan team. But we have a clear vision that he has to go through a proper process if the ICC gives him the required relaxation to play domestic cricket before the end of his ban period,” he said.

Referring to recent statements by some former players, who cautioned the Board over allowing the banned pacer back into the national team, Khan made it clear the PCB also had plans to seek views of other players on Aamir’s return to cricket.

“It is not going to be an easy comeback for him because first we want to be convinced he has learnt from his mistakes and will be a reformed person now.”

Aamir along with teammates, Salman Butt and Mohammad Asif were banned for minimum five year periods in early 2011 for involving in spot-fixing during the fourth Test against England at Lord’s in 2010.

Their bans are, however, counted from September, 2010 when the ICC first suspended them from all cricket after the spot-fixing scandal broke out in England during the Pakistan team’s tour. England tour of Sri Lanka 2014: Stats overview of past encounters 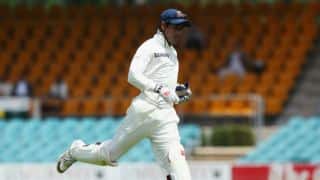