Mohammad Amir had announced his international retirement in December alleging mental torture by the senior management. Amir, who quit playing Test cricket in 2019 citing workload issues, said he got a wake up call after being left out of the New Zealand limited-overs series following which he decided to retire from international cricket.

However, he has now made a U-turn saying the doors are still open. “I would like to clarify that yes I will be available for Pakistan only once this management leaves. so please stop spreading fake news just to sell your story,” Amir tweeted in response to recent media reports regarding his potential comeback.

I would like to clarify that yes I will be available for Pakistan only once this management leaves. so please stop spreading fake news just to sell your story.

Last week, the 28-year-old left-arm pacer had asked for an end to ‘scary environment’ in the Pakistan dressing room.

“Give players some space and freedom. Put an end to this scary environment in the dressing room, these very players will win you matches,” he had told the media.

Amir made his debut as a promising fast bowler whose career suffer a major setback after being banned from all forms of cricket for five years on charges of spot-fixing. He made his international debut in July 2008 but was banned in 2010 after a sting operation.

However, Pakistan coach Misbah-ul-Haq had refuted Amir’s claim of being side-lined by him and Waqar.

“There was talk about Waqar Younis related to Amir but there is no truth in it at all,” Misbah had said. “There were six coaches as selectors, me as chief selector and then there was a captain. So this is absolutely not possible, (the claim) that one person out of all could have influenced the decision.” 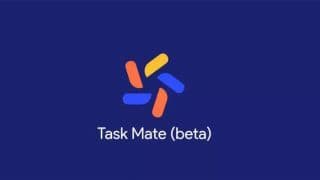