While accepting Amir's call to not play Tests as many have done in the past, Akram felt he is still good enough to play the white-ball format for Pakistan. Back in December 2020, Pakistan pacer Mohammad Amir shocked everyone when he announced his international retirement from cricket. It surprised everyone as he was 29 and still had a lot of cricket left in him. Then Amir made a statement that he will seek UK citizenship to play the cash-rich Indian Premier League. This decision received flak as plaudits and fans felt he should be representing his country and not think of playing in a domestic league.

Expressing his surprise over the turn of events, former Pakistan legend Wasim Akram has said that he feels that Amir should be in Pakistan’s T20 World Cup squad.

“I am very surprised because Amir is a very experienced bowler and one of the best in the world in T20 cricket. Personally, I think he should be in Pakistan’s World T20 squad,” Akram told a TV channel, reported by Firstpost.

While accepting Amir’s call to not play Tests as many have done in the past, Akram felt he is still good enough to play the white-ball format for Pakistan.

“Other players have done it but no one says anything about them. So why Amir? I think if he is available for other formats he should be playing for Pakistan,” he added.

Akram feels he is important to Pakistan as he can guide youngsters in the side.

“In World Cup events you need experienced bowlers who can also advise and guide the younger bowlers,” Akram feels.

Meanwhile, there are doubts over the T20 World Cup being held in India as scheduled due to the pandemic situation in the country.

Recently, the IPL was suspended due to the rise in Coronavirus cases in India. 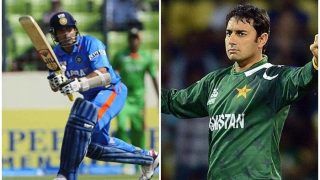 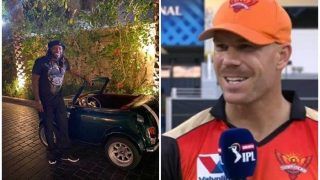