Mohammad Ashraful has admitted to match-fixing  in the Sri Lanka Premier League (SLPL). Ashraful corroborated his involvement in fixing the match between Ruhunu Royals and Wayamba United by filing a witness statement  to the Anti Corruption and security unit of the International Cricket Council (ICC). There has been a lot of hue and cry over the fixing allegation in Sri Lanka Cricket (SLC) especially when their President Jayantha Dharmadasa had apparently asked the ICC to refrain from taking action against Ashraful.

The SLC executive committee was not aware of this until the ICC had sent the terms of settlement seeking a signature on behalf of SLC, the full details of which was not made public. “The issue here is that Ashraful cannot fix a match alone. There must be others, possibly local players involved. But if SLC signs this agreement, they cannot conduct further investigations based on this evidence to find what corruption had taken place,”  a source told Daily Mirror.

“I have written to everyone at SLC exco to initiate a full inquiry into this matter as soon as I heard of this. I was keen for this as it had happened during my period as SLC President” Dharmadasa tor”.

“It is very wrong if we have agreed not to proceed with any inquiry. You can’t do that. It shouldn’t have been done” claimed Dharmadasa. Ashraful is currently serving a five-year ban out of which he has already served two years. 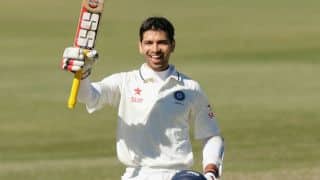