Former Bangladesh skipper Mohammad Ashraful feels that he was not given a fair chance by the selectors after being dropped for the two cricket Tests against the West Indies. 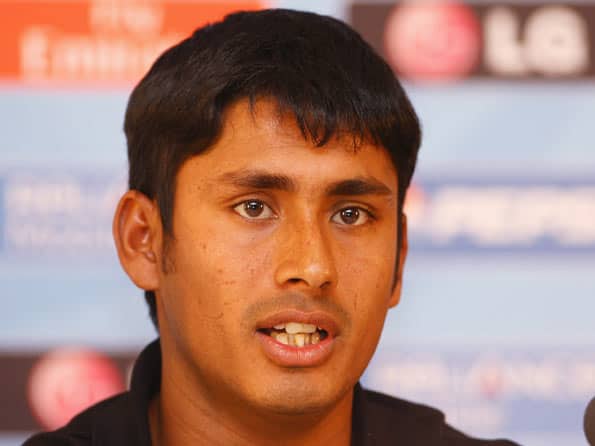 Former Bangladesh skipper Mohammad Ashraful feels that he was not given a fair chance by the selectors after being dropped for the two cricket Tests against the West Indies.

Ashraful said chief selector Akram Khan had told him that he would return for the Tests after sitting out the second and third ODIs against the West Indies.

Ashraful, however, played in the second one-dayer, but was dropped for the third.

“Akrambhai told me ahead of the second ODI that I should sit out the next two and play in the Test,” he was quoted as saying in Espncricinfo. “I told him that I want to play the remaining games and earn my way into the Test side. How can there be a guarantee in cricket? I wanted to play out the ODI series and take it from there.”

Khan, however, denied making any promises.

“I don’t know what Ashraful has said but I talk to players all the time and I say a lot of things to encourage them,” he said. “These issues get ignored when they do well but not so when things are not right.”

Ashraful had last scored an ODI half-century in January 2010 and since then he has averaged 10.11 in 18 one-day innings with a highest score of 31. Though he scored a watchful 73 in the last Test against Zimbabwe in August, he had not scored a half-century in 16 Test innings before that.

He defended his ODI record saying his form had suffered from being in and out of the side.

“I know I haven’t scored a half-century in 18 games,” he said. “Players have careers that don’t last that long but I have played those matches intermittently, where I would get dropped after one or two matches. I never got a full stretch. Here too [in the ODIs against the West Indies] I was going to be dropped after the first game, which has happened often in the past.”

Bangladesh’s coach Stuart Law defended the decision by saying it was necessary to send players the message that they need to perform consistently to be picked.(IANS)